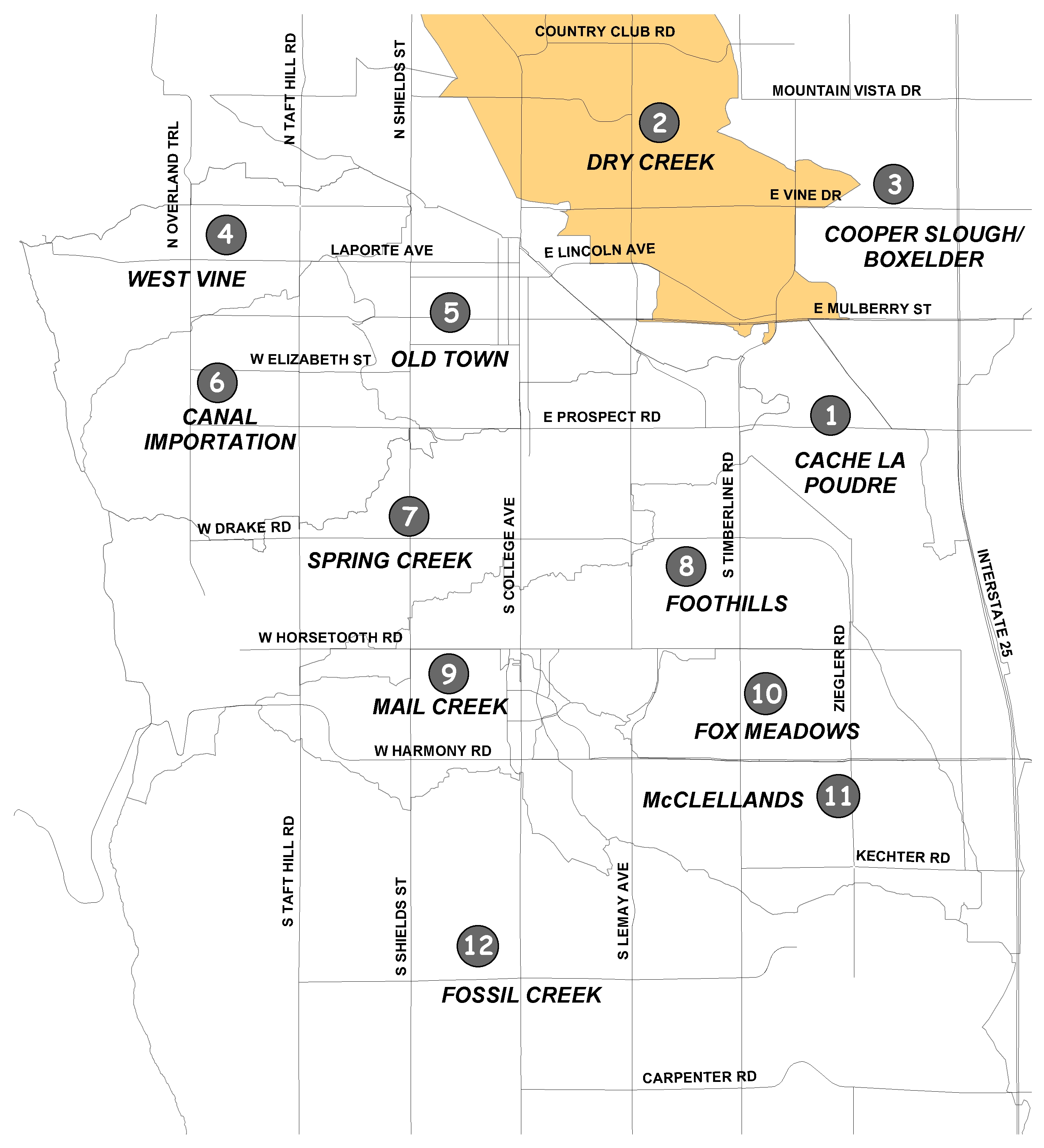 Dry Creek upstream of Shields Street in the upper basin.

Dry Creek, which is a tributary to the Poudre River, extends from near the Wyoming border to where it joins the river near Mulberry and Timberline. The Dry Creek Basin is approximately 23 miles long and six miles wide and encompasses approximately 62 square miles. The land use in the upper and middle portions of the basin is primarily rangeland and irrigated hay meadows and pastures. The majority of the lower basin is developed and includes commercial, industrial and residential uses. The natural channel has disappeared in some areas of the lower basin because of urbanization.


The 100-year floodplain and floodway were originally mapped as part of a FEMA Flood Insurance Study in 1979. In 2002, Fort Collins Utilities mapped a revised floodplain and floodway for the basin as part of a comprehensive update of the City's stormwater master plan. Below the Larimer and Weld Canal (the lower portion of the Dry Creek Basin) there are an estimated 600 structures damaged during a 100-year storm.

Dry Creek is a tributary of the Cache la Poudre River. The Dry Creek basin, which begins near the Wyoming border, has a drainage area of about 62 square miles with a series of irrigation canals and reservoirs dominating the upper basin. Due to agriculture and development, only a fraction of the original drainage channel remains. Dry Creek enters Fort Collins near Willox Lane and College Avenue and meanders through small remnants of ditches and channels until it joins the Cache la Poudre River near Mulberry Street and Timberline Road.


Although local newspapers reported numerous floods over the last 100 years that affected different areas in and around Fort Collins, many floods in Dry Creek probably went unnoticed due to the sparse population in the upper basin. A local resident documented that in 1924 there was flooding that was "belly deep to a horse" in the area that is now a retail store, JAX Outdoors.


In the August 1951 flood, the Coloradoan reported that two breaks in the Eaton Ditch (Larimer and Weld Canal) spilled over into Dry Creek and "flooded tourist camps, stores and houses on the west side of North College Avenue north of City limits." In the same storm, another 20 houses flooded in the Goering Addition, west of the old speedway track at the northwest corner of Willox Lane and College Avenue. In 1977, another storm brought 4.28 inches of rain in 24 hours, flooding basements north of town, most likely in the Dry Creek basin.


In spite of the small number of reported floods in the Dry Creek basin, it contains a very large drainage area - significant flooding could occur at any time. 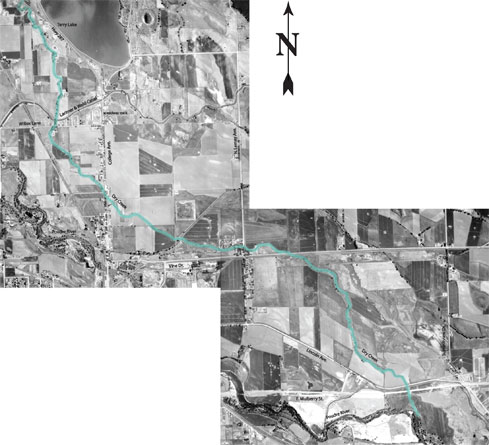 Customers experience some of the best reliability in the country with the average household being without power for less than 20 minutes per year – that means service is available 99.99% of the time!

You can save up to 10% on heating bills by using a programmable or smart thermostat to minimize heating when away from home or asleep.

Installing an insulation blanket on your water heater helps it perform more efficiently.