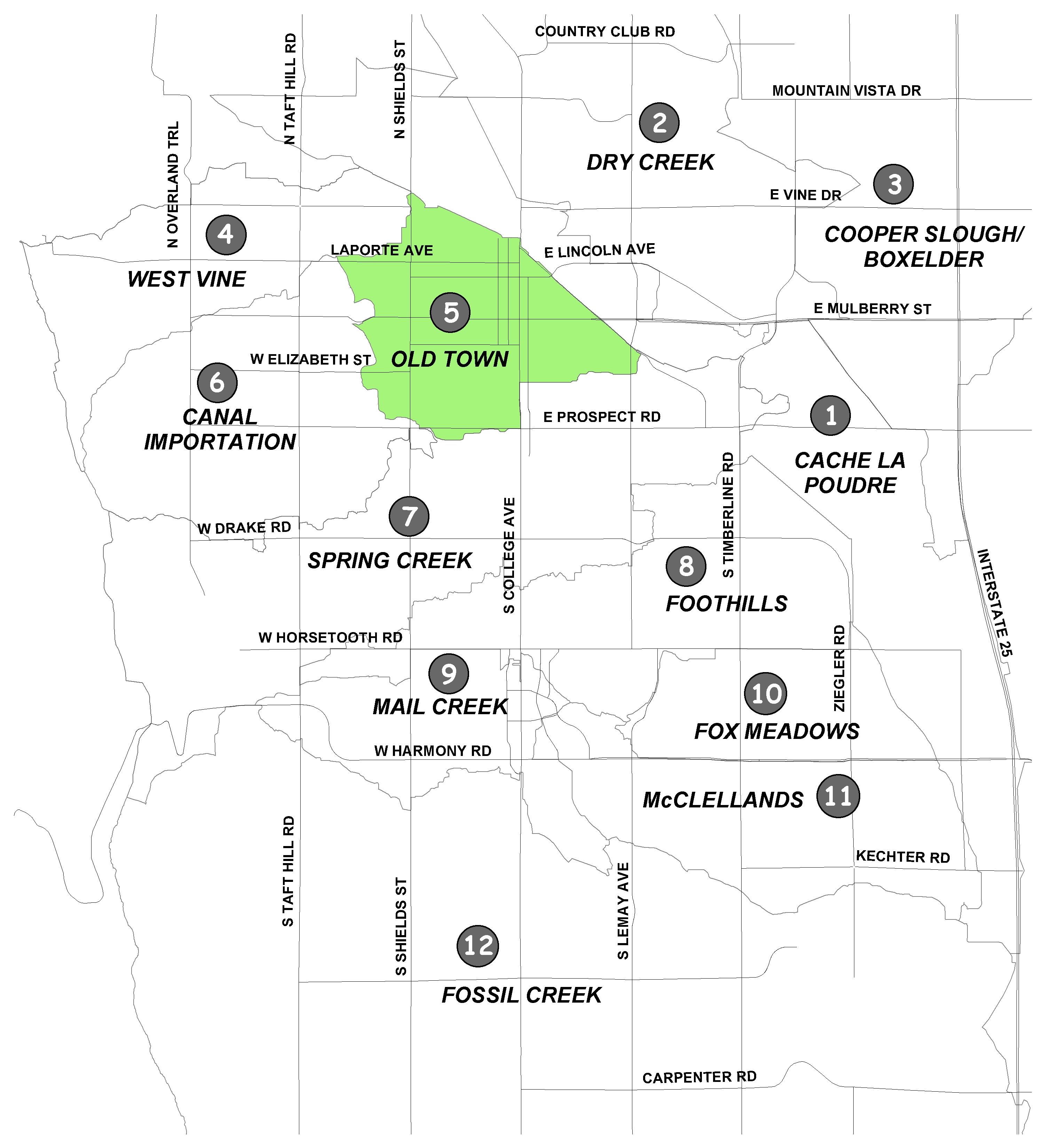 The Old Town Drainage Basin is located in north-central Fort Collins. The basin has a drainage area of approximately 2,120 acres, including approximately 400 acres of the Colorado State University campus. The entire basin is urbanized, with some development dating back to the late 1800s. Generally, the basin drains from west to east. The Old Town Basin receives some runoff water from the Canal Importation Basin directly west of Old Town. Most of the water from Old Town drains to the Poudre River, just to the east.

The master plan completed in 2002 identified an estimated 620 structures damaged in a 100-year event with an estimated cost of $35 million in damages. Much of the problems in this basin result from encroachment and urbanization of natural drainageways. Flooding in Old Town occurs regularly. The recommended improvements include construction of storm sewers along the major streets. Once these are in place 350 structures will be removed from the 100-year flood risk, and damage will be reduced for an estimated 270 remaining structures.

Street flooding is a common occurrence in Old Town

In the heart of Fort Collins, the Old Town basin encompasses the Old Town business district and surrounding neighborhoods. Some areas of Old Town were established in the 1800s when little thought was given to storm drainage.

As a result, the basin has experienced many floods throughout its history. In recent years, several capital projects, such as the Howes Street, Locust Street and Oak Street Outfall projects, have vastly improved storm drainage in Old Town. However, many areas remain upstream of those projects where storm sewer pipes can handle only a minor storm. When a larger storm occurs, the streets become stream channels and homes and businesses are flooded.

Local newspapers have documented numerous floods in Old Town. In 1904, plugged storm sewer inlets caused a lake to form on Walnut Street. Again in 1951, storm sewers were overwhelmed when six inches of rain fell in 27 hours. A small river formed that flowed east along Locust and Plum Streets and flooded basements and first floors of many homes. In 1961, the local paper noted that a lake formed at College Avenue and Mulberry Street during a typical rainstorm. This continues to be a problem today.

The 1997 flood in Old Town occurred the same day as the notable Spring Creek flood. Most attention was focused on Spring Creek, but there also was severe flooding and extensive damage in many parts of Old Town.

Significant progress has been made in recent years to help minimize damages. Still, it does not take much rain to cause significant flooding in the Old Town basin, especially in basements. 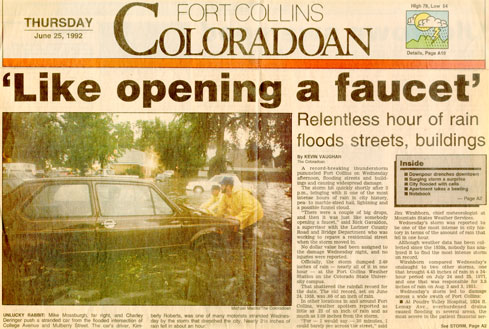 Taking advantage of daylight from windows and skylights can save energy.

Fort Collins Utilities is committed to providing ‘round-the-clock, world-class service to our community. We operate 24/7/365.

Algal blooms appear in waterbodies under certain environmental conditions. Mid-summer through early fall is when they most commonly occur.