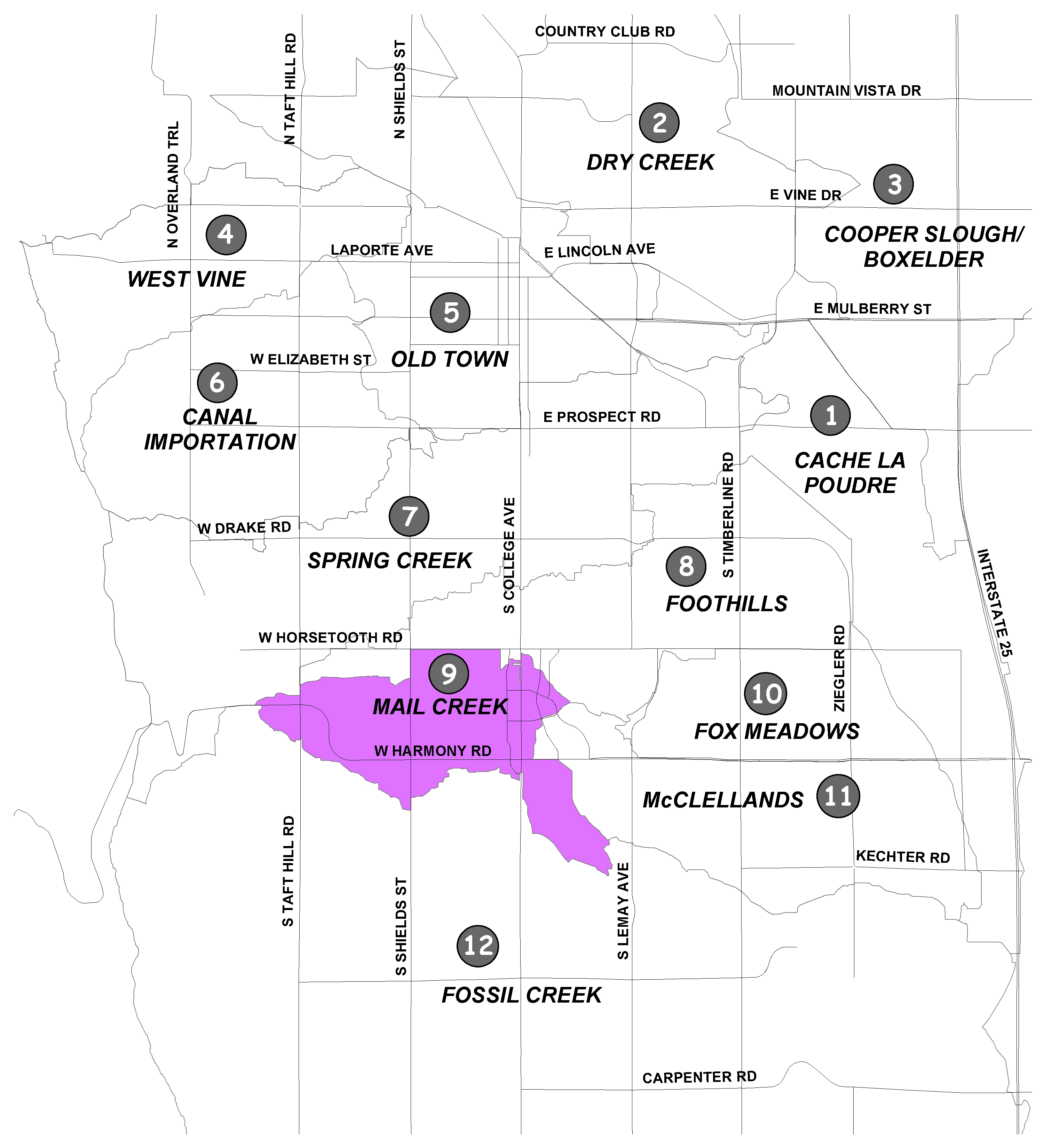 The Mail Creek Basin covers about 1,676 acres in southwest Fort Collins. It is primarily located between Taft Hill Road and Lemay Avenue, and between Horsetooth Road and County Road 36.

The basin is mostly developed, with commercial development along College Avenue and mixed-use residential in the remainder of the basin. The basin generally drains from west to east to the confluence of Mail Creek and Fossil Creek, and ultimately to Fossil Creek Reservoir. Three irrigation canals intercept stormwater to transport it out of the basin, but runoff spills into the basin when their capacity is exceeded.

As with the Foothills and Fox Meadows basins, Mail Creek basin was developed in accordance with a 1980 master plan and storm drainage criteria; therefore, many of the recommended improvements were coompleted. However, there are still some localized flooding problems, including an estimated 20 structures damaged during a 100-year event with an estimated $1.1 million in damages.

You can save water when washing smaller loads by selecting the setting for the corresponding water level.

You can receive a rebate for purchasing a rain sensor.

Opening curtains and shades during the winter can help the sun warm your home.