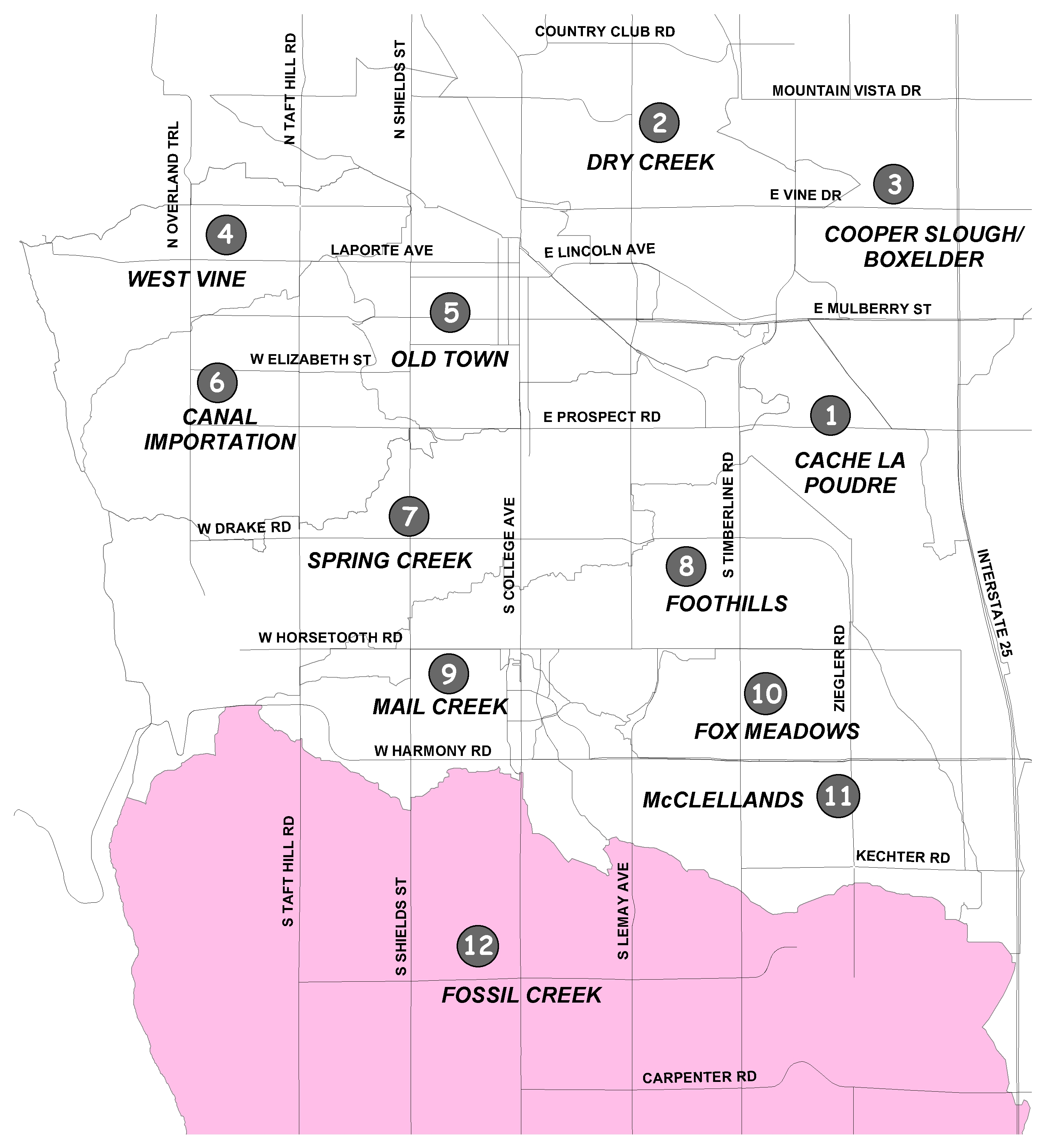 The Fossil Creek drainage basin extends along the south end of Fort Collins, from the foothills across Interstate 25 past County Road 5. It encompasses 32 square miles in the city of Fort Collins and Larimer County. Historically, the basin consisted of agricultural land, but the basin has experienced significant development in the recent past. The original 1982 master plan mapped a floodplain and restricted developed from the floodplain; hence, fewer structures are damaged. An estimated 117 homes, 13 roads, and three railroads would be damaged during a 100-year storm with an estimated $10.6 million in damage. The recommended solutions to mitigate damages from a 100-year storm include enlarging culverts under roads and railroads, and stabilizing the vertical banks of the stream. 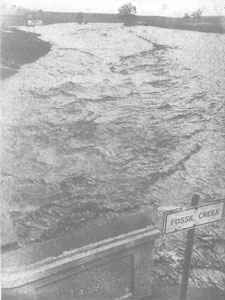 In 1965, the Coloradoan reported that a storm dumped 2.5 inches of rain on Fort Collins in 45 minutes. The newspaper reported, "Shields Street eight miles south of the city was washed away at Fossil Creek, leaving a gap 10 feet wide and 8 feet deep..."

During the same storm, "the Colorado State Patrol expressed some concern for the dam on Fossil Creek Reservoir south and east of Fort Collins, because of the vast amounts of water dumped into the lake in the last 10 days by the stream." More recently, flooding was experienced along Fossil Creek in 1997 and 1999.

After the 1997 flood, the U.S. Geological Survey studied high water marks to document the magnitude of flooding along Fossil Creek. The results showed that this flood was approximately a 50-year event (2 percent annual-chance flood) using the old rainfall standards. This would be about a 25-year storm (4 percent annual-chance flood) under the new rainfall standards. If the 1997 storm would have been located a little further south, the flooding on Fossil Creek would have been much worse.