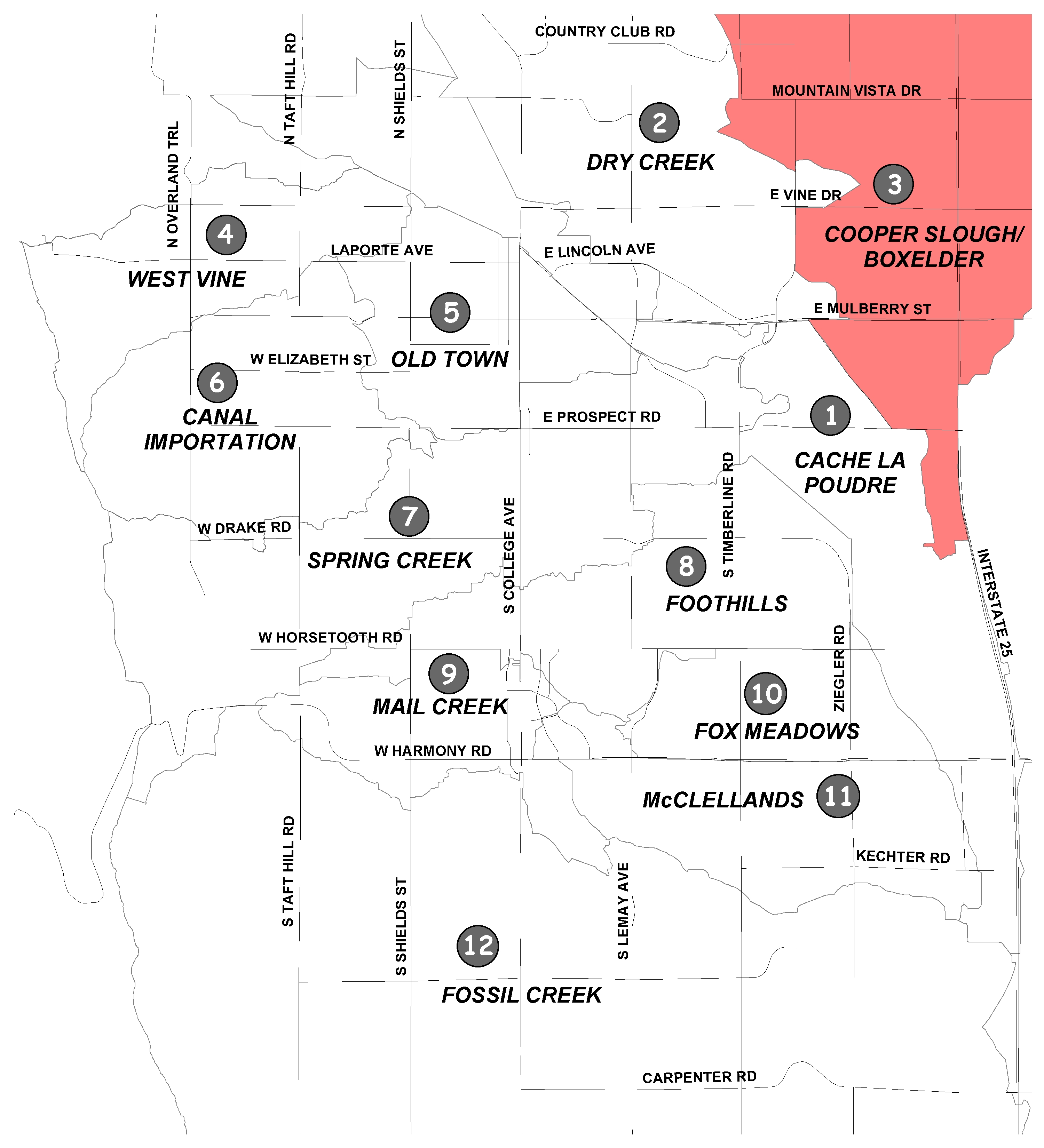 The Boxelder Creek and Cooper Slough Basins encompass approximately 265 square miles, beginning north of the Colorado/Wyoming border and extending southward into east Fort Collins, where they end at the Cache la Poudre River. The basins are primarily characterized by farmland with isolated areas of mixed-use residential development and limited commercial development. It is anticipated the lower part of the basin will undergo urbanization in the future.

The recommended plan of improvements (Cooper Slough and Boxelder Creek west of I-25) presents cost-effective projects to mitigate damages from the 100-year storm. These projects would prevent 91 structures from being damaged in a 100-year storm and eliminate two roads from overtopping. Most of the projects are located at the northwest and southwest corners of State Highway 14 and I-25, where the majority of the existing damage to structures is anticipated.

Heavy rains caused Boxelder Creek to overflow its banks again in 1967 and resulted in the death of a mother and her three daughters. The woman and her daughters drove into the flooded creek where it passed over a county road southeast of Wellington. Floods that summer destroyed county bridges seven times.

We continually work to improve our infrastructure and distribution systems. See what’s in the works.

Fats, oils and grease can clog the pipes in your home and the City’s wastewater system. Don’t put them down the drain. Toss them instead.

You can make moving easier by starting or stopping your service online.