Clean up your utility bill with an ENERGY STAR® certified washing machine - and get cleaner clothes. Find out more.

What is the Downtown Stormwater Improvement Plan (DSIP)?

Downtown Fort Collins is at risk for flooding, and pollution from urban stormwater runoff from downtown can impact the Cache la Poudre River. The need to address flooding and stormwater quality issues in the downtown area (Old Town Basin) has been identified since the early 1990s. The DSIP will address the five major stormwater projects remaining in the downtown area. 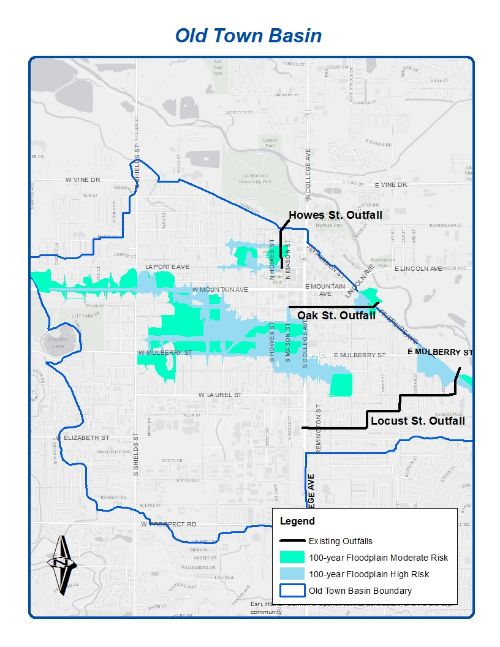 The Old Town Basin contains over 2,000 acres; approximately 400 acres are on the CSU campus. (Click to enlarge.)

Some areas of Old Town were established in the 1800s with no thought given to storm drainage or the damages associated with urbanized flooding. As a result, the basin has experienced many floods throughout its history and continues to be impacted today. Floods in the area are generally caused by insufficient infrastructure and the basin’s heavy reliance on the street system to carry storm flows. The street and storm sewer systems can become overwhelmed during intense rain storms. Only a few detention ponds were constructed in the early days, which serve small, local areas.

The Stormwater Utility was created in the early 1980s to address stormwater runoff and mitigate flood risk in areas built prior to the adoption of design standards. All new development in the city is required to design drainage facilities to safely convey the 100-year flow. A 100-year flood, or catastrophic flood, has a 1% chance of occurring every year. Since 1980, the City of Fort Collins designs and builds for a 100-year Level of Protection (when benefits outweigh the costs). A 100-year storm is defined in Fort Collins as 3.67 inches of rain over a 2-hour period.

Over $100 million in stormwater projects have been constructed citywide since 1995 yet additional projects are still needed. 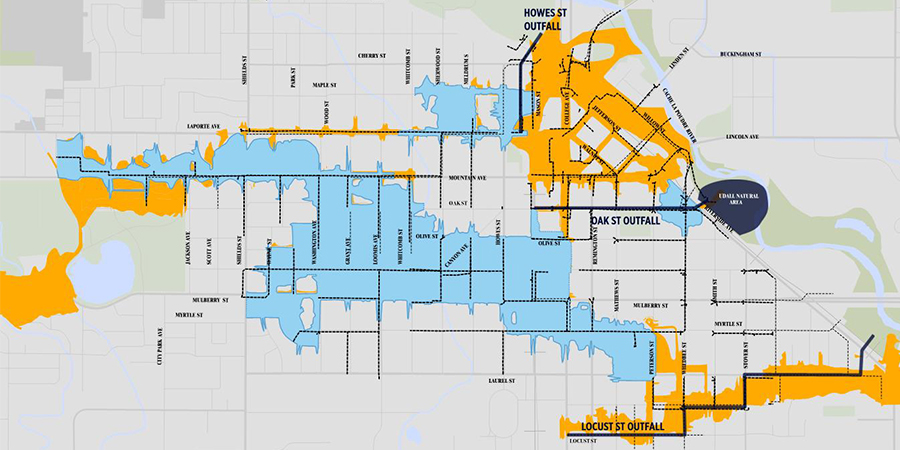 The Howes Street, Oak Street and Locust Street projects were constructed in the late 1990s and early 2000s in the downtown area. Blue indicates the floodplain and the orange is the areas that were removed from the floodplain as a result of the three projects. 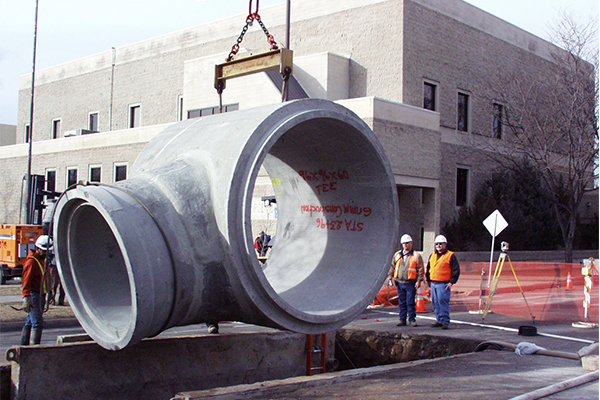 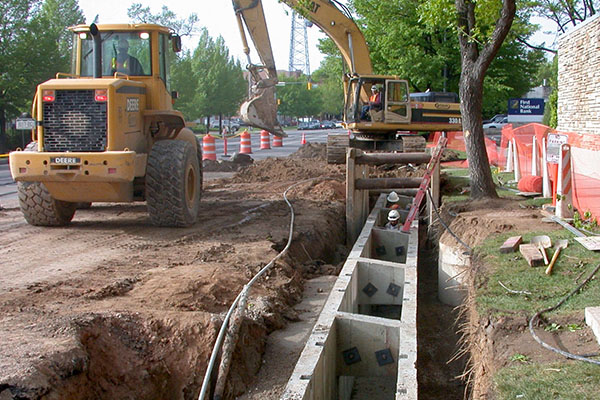 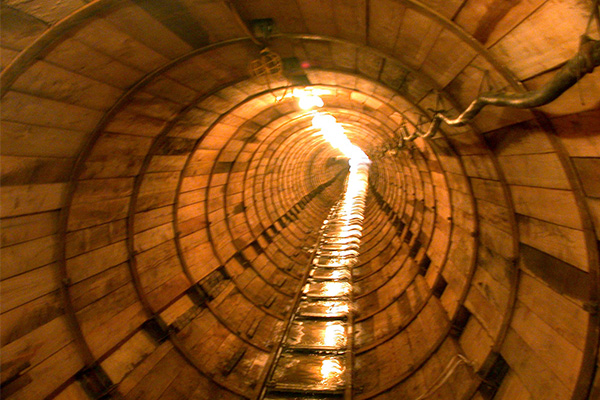 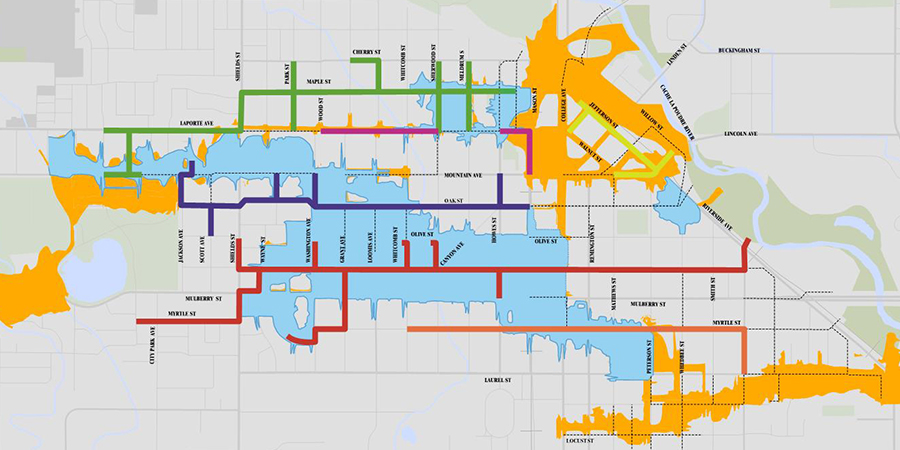 Why is the need so great downtown?

Urban flooding and pollution from runoff are problems nationally for cities with old downtowns that were built with insufficient infrastructure for stormwater runoff. The downtown area of Fort Collins is more at risk for flooding than many areas developed after the 1980s when design standards were implemented and will continue to be at risk until the remaining improvements are constructed.

Challenges in downtown Fort Collins include:

Social, environmental and economic impacts are all part of the downtown flood risk.

On May 22, 2018, 2 inches of rain fell within 40 minutes at the intersection of College and Mulberry. Ponding at this intersection was in excess of 2 feet deep and in some areas greater than 3 feet deep, creating hazards for motorists and pedestrians.

After initial community outreach efforts, the Fort Collins City Council will evaluate the plan and determine funding and phasing of the plan. Individual projects will be considered as part of the City's Budgeting for Outcomes process for several years to come. At this time, the plan is estimated at approximately $140-$170 million for all five construction projects. City Council will consider options for how the projects will be funded, which may include bonds paid for by the City's Stormwater Utility fees.

Community outreach for each of the five projects will be critical to the success of each project. Construction impacts will be felt by anyone who lives, works, plays or travels through downtown Fort Collins for many years. Utilities is committed to reducing construction impacts to homes and businesses.