FCGov.com   departments   Utilities   What We Do   Water

The Fort Collins City Council adopted the updated Water Supply and Demand Management Policy (PDF 91KB) in November 2012. The policy states, "The reliability and capacity of the City's water supply system should be maintained to meet the planning level demand during at least a 1-in-50 drought event in the Cache la Poudre River Basin."

Fort Collins Utilities defines a drought as below-average runoff from the Cache la Poudre River. Droughts are measured by:

Information about Fort Collins Utilities' response to a water shortage and water restrictions is outlined in the Water Shortage Action Plan.

Fort Collins Drought History
The graph below shows annual virgin (or native) flows of the Poudre River since 1884. Flows vary significantly from year to year. The green line on the graph denotes the long-term average. 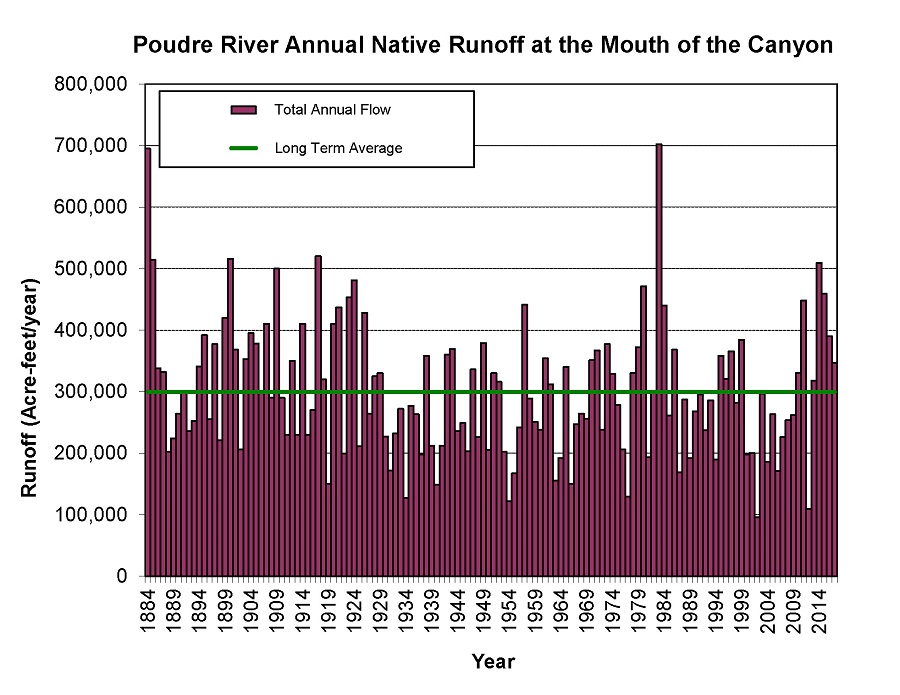