November 2022 marks 30 years since the first ballot measure was passed to establish dedicated sales tax funding for the conservation of natural areas. Everyone is invited to celebrate this amazing milestone. 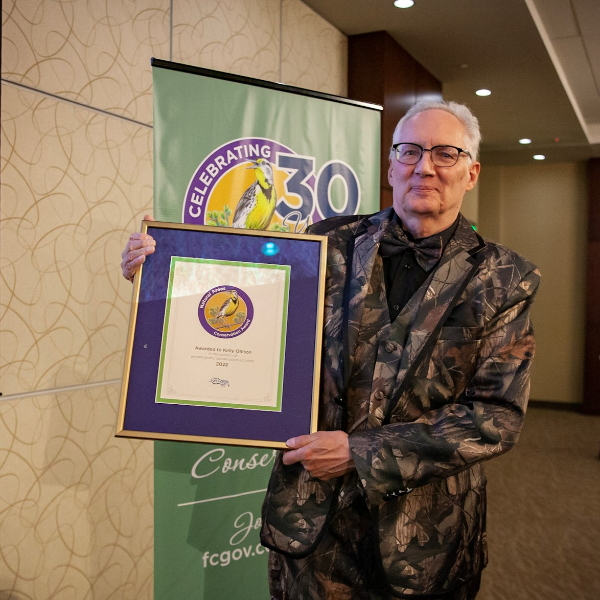 The first ever Natural Areas Conservation Award was given to Councilmember Kelly Ohlson, on November 30.

The award recognizes truly exemplary and outstanding efforts in local land conservation. Going forward, the recognition will bear the name of Fort Collins City Councilmember, Kelly Ohlson, a hero of conservation. Ohlson was a key leader of the eight citizen ballot measures that make natural areas conservation possible. He served on the Natural Resources Advisory and Land Conservation and Stewardship boards for 16 years. Ohlson has been recognized with significant environmental awards at the city, county, state, and national level and was honored with a noteworthy E-Town Radio National Echievement Award for his decades of land conservation activism.

The Kelly Ohlson Natural Areas Conservation award will recognize significant victories in advancing conservation and truly extraordinary achievements with positive impact on the natural world and future generations. The award will honor the personal sacrifices that are often required with dedication to furthering the critical land protection cause.

The recent anniversary party was enjoyed by over 300 people. Partygoers included several of the individuals who supported the ballot initiative in 1992, as well as City leaders and staff past and present, volunteers, partners, and many engaged community members.

Attendees were greeted with an opportunity to share their connection to Natural Areas by filling in the blank on postcards that read, “30 Years of _______” by writing values such as conservation, great memories outdoors, foothills views, or the opportunity to see wildlife nearby.  They were able to mingle and take photos to commemorate the momentous gathering of so many who care about conservation.

The celebration began with Jan Iron and members of the Native and Indigenous community sharing a land acknowledgement and song.  A video by FCTV shared the “30 years of ____” theme. It highlighted Councilmember Kelly Ohlson, a key leader in the ballot measures that fund natural areas and the video honored artist Gary Raham, who illustrated most of the Fort Collins natural area entrance signs. Also featured were accessibility consultants, Jim Mull, Joan Allmendinger, and Julian Wang who shared how they connect with natural areas, and Gemara Gifford who spoke about deep connections to the land.

City Manager, Kelly DiMartino and retired Natural Areas Manager Mark Sears introduced the inaugural Natural Areas Conservation Award which was given to Councilmember Kelly Ohlson in honor of his extraordinary achievements with positive impact on the natural world and future generations. Going forward, the award will be known as the Kelly Ohlson Natural Areas Conservation Award. Ohlson was the keynote speaker at the celebration where he thanked the diverse range of people who make natural areas possible from citizen ballot advocates, to elected officials, to staff, to volunteers, to voters.

A video of the event will be posted here soon. 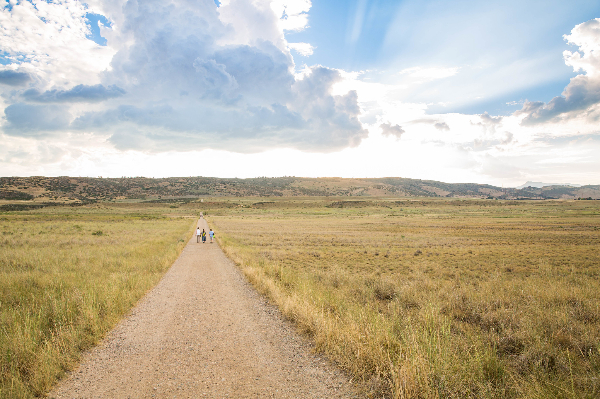 The 30th Anniversary of Natural Areas celebration continues through October 2023 including the following events where Mountains to Plains Dark Lager by Horse and Dragon Brewing Company will be available:

Events are free and registration is required. More activities will be announced in June in the Natural Areas Explorer publication, Natural Areas Enews, and on fcgov.com/register. 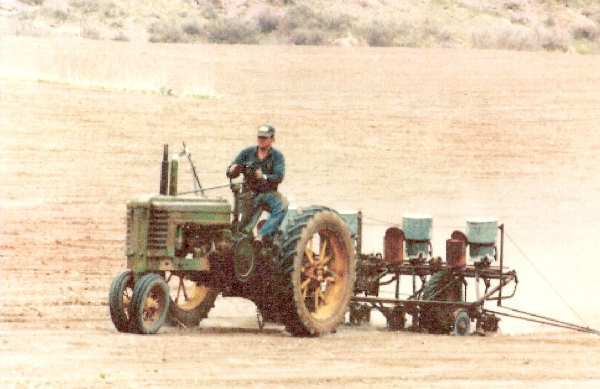 Bill Smith in the 1980s farming what is now Bobcat Ridge Natural Area.

From ballot measures and the first natural area acquisition to years of stewardship and the newest Bobcat Ridge addition; Natural Areas has seen many milestones throughout history. Take a year-by-year tour of the last three decades and how Natural Areas were shaped.