On the trail at Coy-Hoffman Farmstead next to Homestead Natural Area? Check out this story about the farm and its importance to Fort Collins by clicking here.

Telling the full story of Fort Collins through its places is a complex and evolving process that is never finished. Over time, the City of Fort Collins has completed research projects about the people, places, themes, and neighborhoods that have come to define the city as part of northern Colorado. Some of these projects are written by professionals, others by Colorado State University students as part of an ongoing partnership between the campus and the community.

The intent is that these research projects encourage the preservation of these stories by educating Fort Collins residents about the history of their community, and identifying the places where those stories unfolded that may be worthy of preservation. Explore Fort Collins' historic contexts and other reports below. 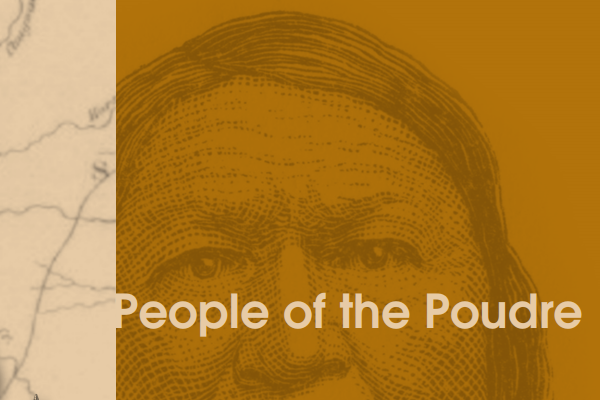 The people who make up Fort Collins have built it into the place it is today. The first people who called the banks of the Poudre River home were members of the Arapahoe, Cheyenne, and Ute nations. European and American fur trappers arrived by the early 1800s, but rarely established permanent settlements. Gold and silver discoveries in Colorado in the mid-1800s, and the perceived availability of land for farming attracted people from eastern cities and across the globe to what would become Fort Collins. The reports and contexts below are part of an ongoing process of bringing these people's stories to life.

People of the Poudre

People of the Poudre: An Ethnography

Hang Your Wagon to a Star: Hispanics in Fort Collins

Hang Your Wagon to a Star: Hispanics in Fort Collins 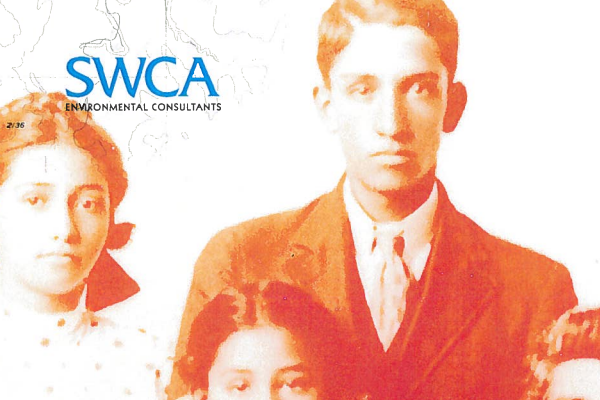 This report charts the long history of Spanish-speaking people in Fort Collins, including New Mexicans, Mexican immigrants, and others from Central America, South America, and Europe. From the early farming days to the more recent past, Spanish-speaking people have had a significant influence on Fort Collins history. They worked in the city's extensive sugar beet industry, owned farms, developed neighborhoods, and fought for civil rights in a community that was not always welcoming. This report covers the story of Spanish-speaking community members from the early agricultural period through El Movimiento, the Chicano civil rights movement of the 1950s-1970s. 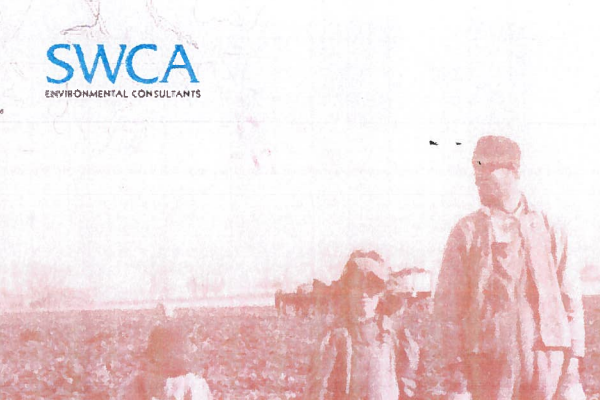 One of the most noteworthy immigrant groups to the Great Plains, including Fort Collins, were ethnic Germans who immigrated from Russia. Having been invited to settle in Russia along the Volga River and near the Black Sea, many found residency there increasingly difficult and were recruited by sugar beet industrialists in the late-1800s, bringing them to the Nebraska, Kansas, and Colorado. In Fort Collins, they became an important labor source for producing sugar, one of northern Colorado's primary crops.

In the Hallowed Halls of Learning: PSD R-1

In the Hallowed Halls of Learning: PSD R-1 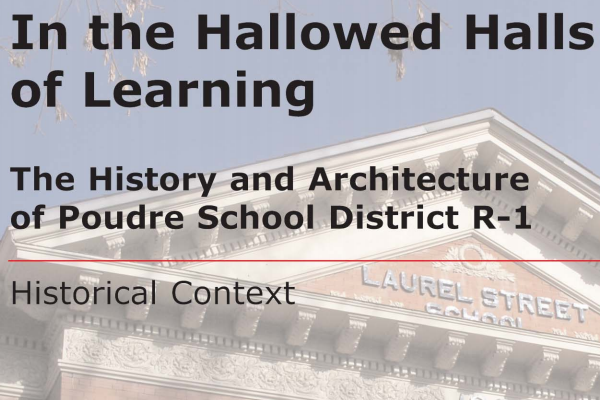 Poudre School District has become the primary educational system for Fort Collins' families. The schools that do, and have, comprised the educational network of the City have provided a lasting influence on young people throughout the community's history, shaping their perspectives, skills, and abilities in the hopes of creating the citizens of tomorrow. The buildings and places where this educational story unfolded are integral pieces in Fort Collins' historic landscape.

This context was accompanied by a survey project that evaluated 34 historic schools in Fort Collins. Read the survey report here. 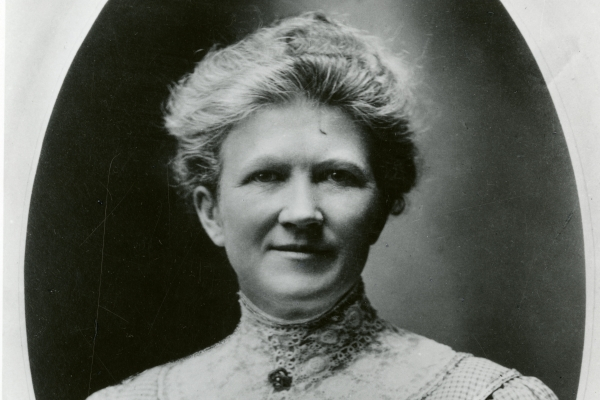 Between 1880 and 1920, Fort Collins women and their allies successfully campaigned to achieve voting rights for women in Colorado, and the nation. Local leaders like Elizabeth Stone, Lucy McIntyre, Sarah J. Corbin, and Theodosia Ammons led a grassroots movement that secured state-wide suffrage for white and black women in Colorado in 1893. Many others would carry the movement forward to advocate for national women's suffrage, which was successfully ratified in 1920.

In 2020, the City's Historic Preservation Services partnered with Colorado State University and Living Her Legacy to develop a series of programs and research to celebrate the centennial of women's suffrage and to educate Fort Collins residents about the role this city played in fighting for women's rights at the ballot box. To learn more about From Parlors to Polling Places, CLICK HERE. 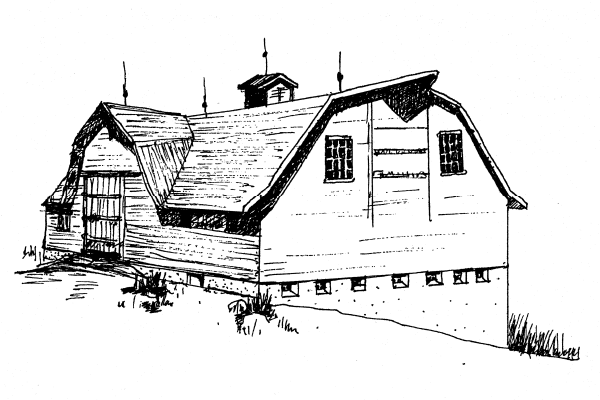 The first Euro-American residents of northern Colorado established Fort Collins as an agricultural community. While the crops and livestock changed over time, farming has been an integral part of the city's development. Scattered throughout the city are remnants of the farms and ranches that defined the Poudre River corridor. While agriculture remains an important component of Larimer County's economy, many farms within city limits have been redeveloped for commercial and housing projects. Historic farms like the Nix Farm, Coy Farm Barn and Milkhouse, and Preston Farm, and agricultural industrial properties like the Poudre Valley Elevator Co. (now Ginger & Baker), the Harmony Mill, and the Lindell Mill are among several City Landmarks that recognize this important history. Check out some of the City's reports and other research below.

Agriculture shaped the establishment and early development of Fort Collins. The context portion of this report conveys the history of agriculture in the area. This document also contains the results of historic surveys with field assessments on eligibility of agriculture related buildings. 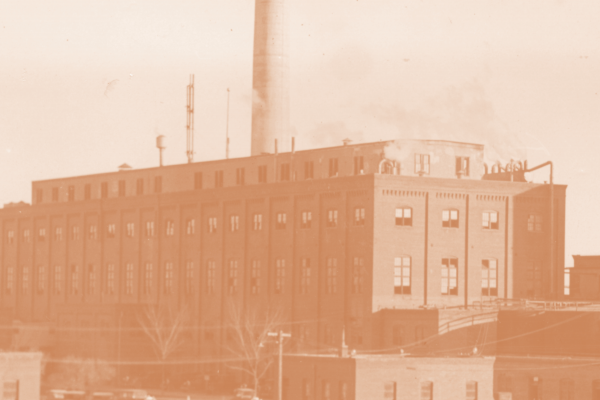 Sugar beets and sugar production was one of northern Colorado's most important agricultural industries. Fort Collins boasted a large factory, the remnants of which can be seen on East Vine Drive. The Great Western Sugar company built entire neighborhoods to house its workforce, which had its own water supply and railroad connection. The history of sugar beets in Fort Collins can be seen at the former sugar factory, at various farms that remain in Larimer County that once grew sugar beets, and in the neighborhoods of Alta Vista, Andersonville, and Buckingham which housed the industry's workers, mainly Germans from Russia and people of Spanish/Mexican descent. 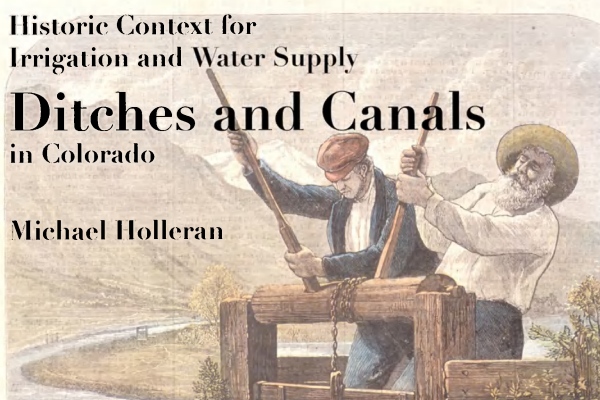 The redistribution of water has enabled the settlement of Colorado. If you are interested in learning more about how water shaped the development of Colorado, check out this resource on the history of Colorados water conveyance systems and historic resources related to those systems.

The Farm at Lee Martinez Park 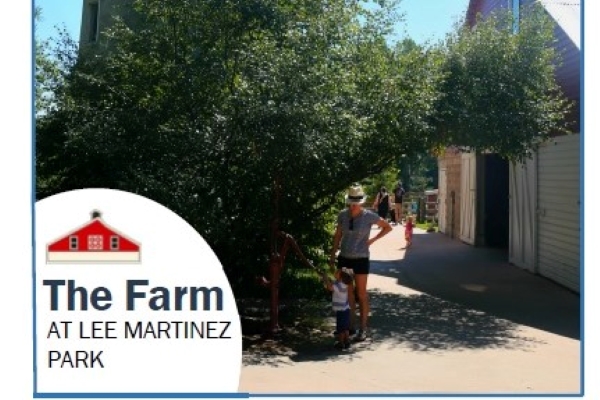 Discover the history of this farm that now sits at the center of one of north Fort Collins' most popular parks. 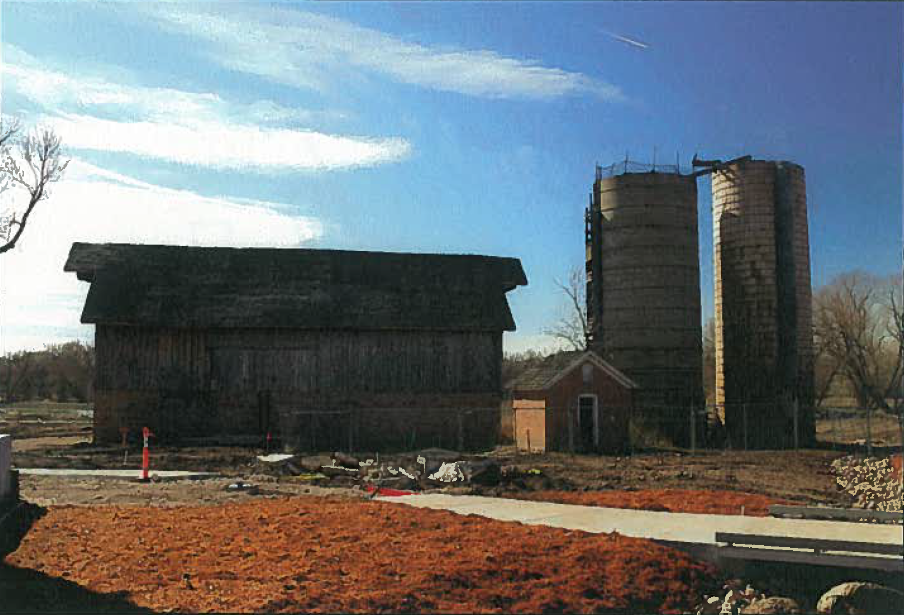 This document gives an extensive history of the Coy-Hoffman Farmstead, now part of the Woodward, Inc. corporate headquarters property. Check out photographs of the site in 2011 before redevelopment and read about the significance of the site. 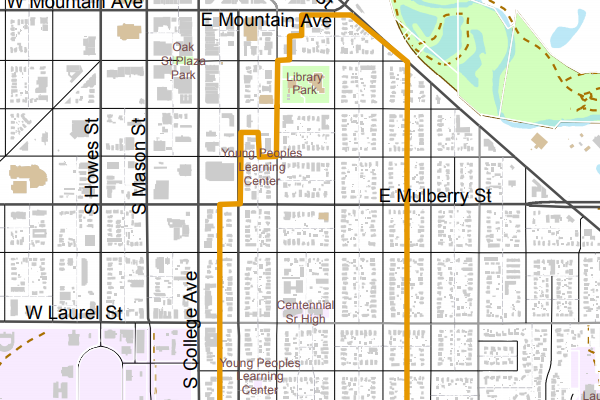 Since 1864, Fort Collins has developed from a small military outpost into a bustling mid-sized city of over 165,000 people. Over time, many unique neighborhoods and development areas have developed. Early neighborhoods range from the older 1873 Avery plat that includes much of Old Town Fort Collins, to the later Loomis, Westside, Capitol Hill, and Moore additions. Sugar factory workers, including ethnic Germans from Russia, Mexican Americans from New Mexico and southern Colorado, and Mexican immigrants developed the Tres Colonias neighborhoods of Buckingham, Andersonville, and Alta Vista. After World War II, mid-century Modern neighborhoods like Reclamation Village, Circle Drive, Sheely, University Acres, and Indian Hills developed to meet the demand for new housing. Commercial areas developed alongside these neighborhoods, from the historic core of the city anchored by the Old Town Historic District, to the extensive commercial corridor of College Avenue, and commercial strips along Prospect Road and Lemay Avenue. Each neighborhood reflects a unique character and history and helps complete the tapestry that is Fort Collins today. 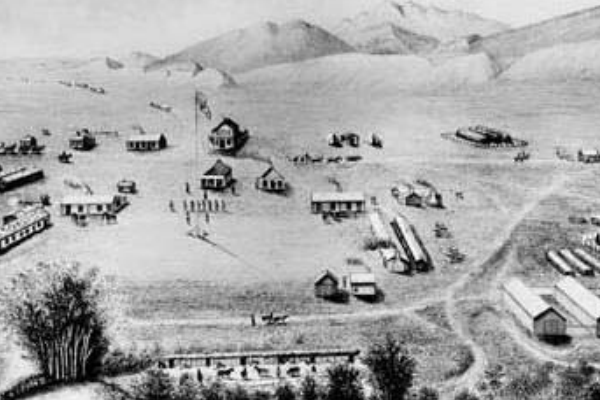 North of Old Town is the location where Camp Collins, later Fort Collins, the town's military namesake, was briefly located. This context provides a detailed look at the history of the area along the river in an area roughly correlating with the City's current River Downtown Redevelopment Zone. It includes the history of Fort Collins' early industrial development which occurred north of downtown into the mid-1900s.

This context was accompanied by a survey report that evaluated 35 historic resources in the north downtown area. Click here to read the survey report. 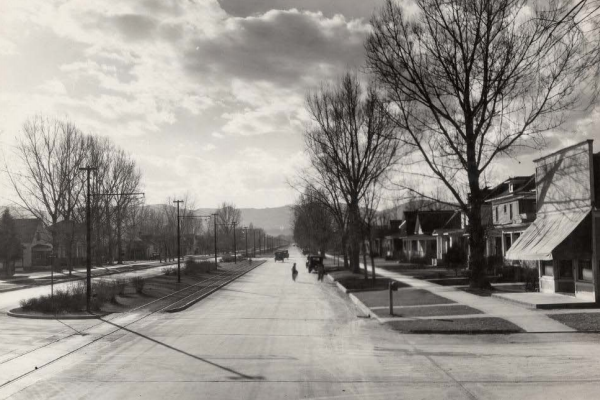 This street-car neighborhood west of downtown Fort Collins represented the growth of the city beyond its original 1873 boundaries. Platted in 1887, the Loomis Addition straddled West Mountain Avenue, what would become one of the primary streetcar lines into downtown. The neighborhood provided for the suburban ideal that many middle-class Americans craved, and could acquire, during the late-1800s, but remained close enough to downtown to allow people to access to the city's jobs and shops. It also came to include some of the best examples of late-nineteenth and early-twentieth century architecture west of downtown. 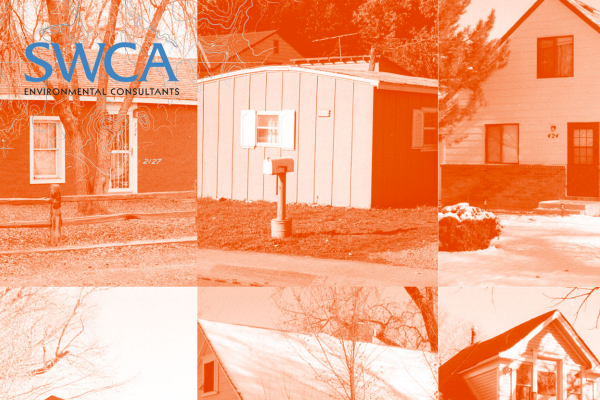 The sugar beet industry had a significant influence on how Fort Collins developed as a community. Built for sugar beet workers, largely Germans from Russia and Spanish-speaking Americans and immigrants, these three neighborhoods developed next to the Great Western Sugar factory site to allow easy access for workers to the factory. It unfortunately also served to segregate Spanish-speaking residents of the community from the rest of town during most of the twentieth century. This survey report documents the landscape and buildings that comprise these neighborhoods and makes recommendations for their preservation. 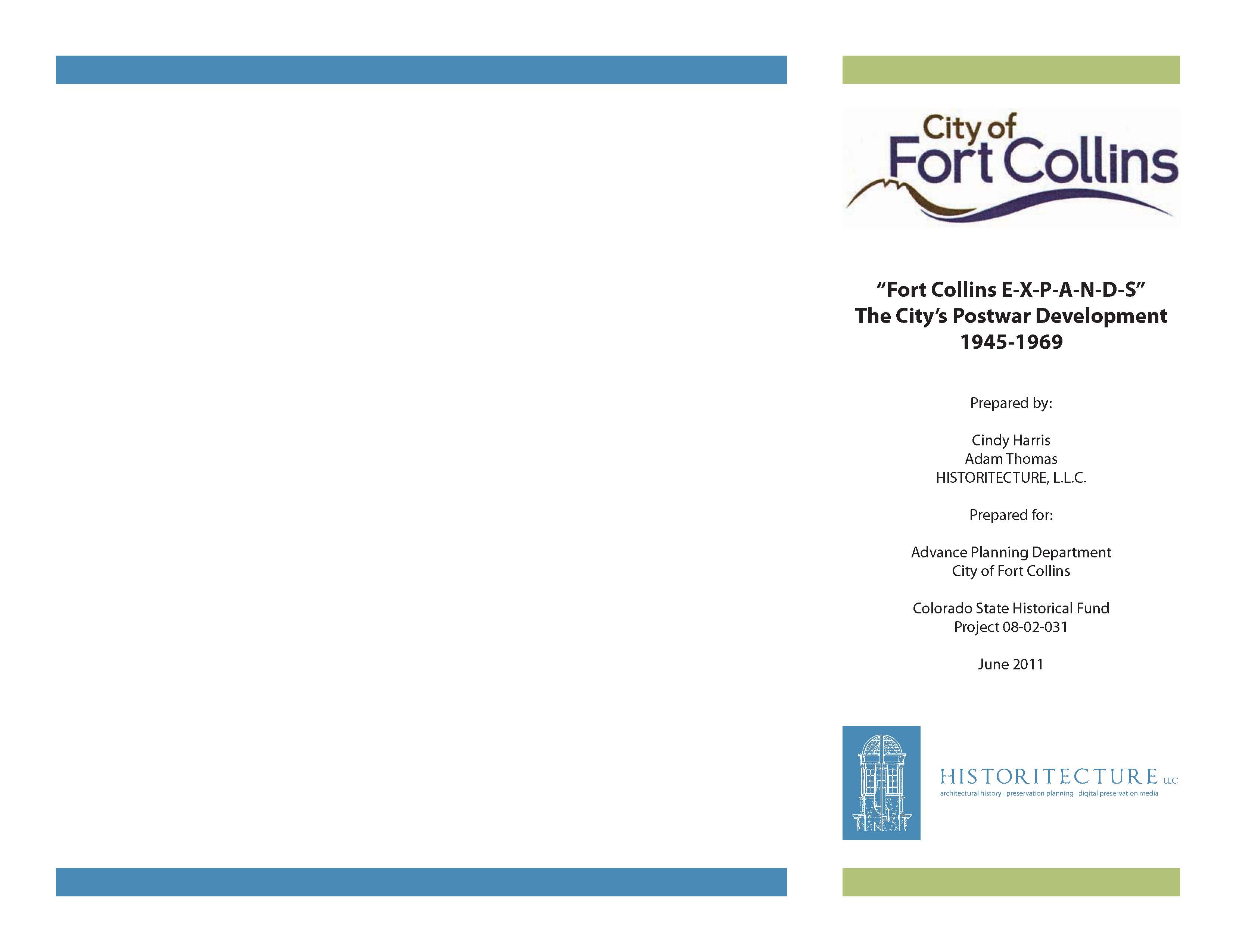 The Fort Collins Postwar Context explores the important themes that not only influenced but also resulted in postwar development of the city between 1945 and 1969. The context explores important themes related to the dramatic postwar transformation of Colorado A&M to Colorado State University; the role of recreation and religion in postwar Fort Collins; the tremendous residential building boom and how the phenomena of American postwar subdivision patterns were expressed locally; and the importance of local business development to fuel the city's economic growth.

This context was accompanied by a survey report that documented or evaluated 96 individual properties and the 57 properties in the Reclamation Village subdivision. Click here to read the survey report. 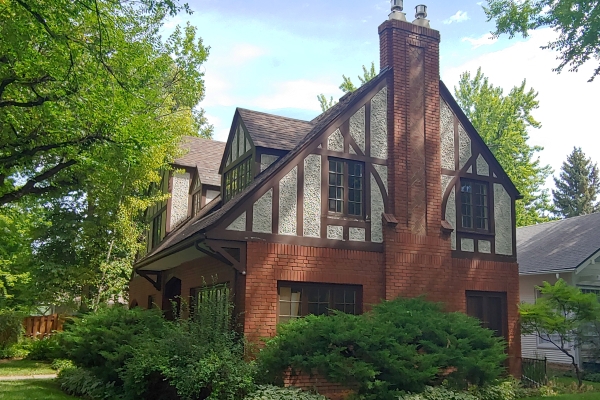 Part of what makes the buildings and landscapes of Fort Collins worthy of recognition is their architecture and design. Buildings have their own language, and they speak to us about the past through their designed features, their materials, and the cultural values that each of those represent. Whether it's a refined example of Classical Revival architecture, the notable work of a master architect  like Montezuma Fuller or builder like Roy Nye, or an intact reflection of traditional or ethnic building practices, like the sugar factory dwellings of Tres Colonias, our buildings and how we construct them say a great deal about how the culture and community of Fort Collins has developed.

Apparitions of the Past: The Ghost Signs of Fort Collins

Apparitions of the Past: The Ghost Signs of Fort Collins 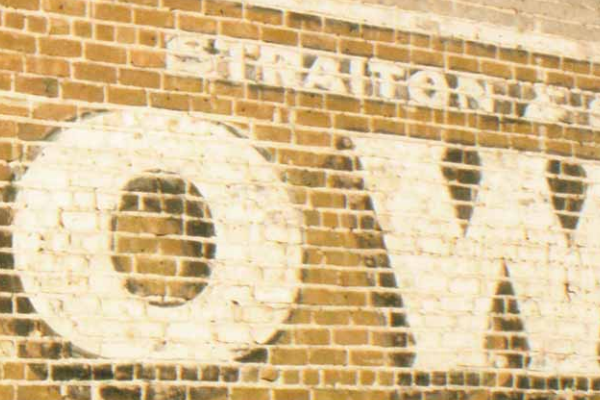 Downtown Fort Collins has hosted hundreds of businesses that have left their mark on the community. Ghost signs are a unique and artful reminder of some of the businesses and products that used to define the business community and social life of Fort Collins for previous generations. Their documentation, care, and preservation require specialized consideration. This report provides a history of ghost signs in Fort Collins and recommendations for their preservation. 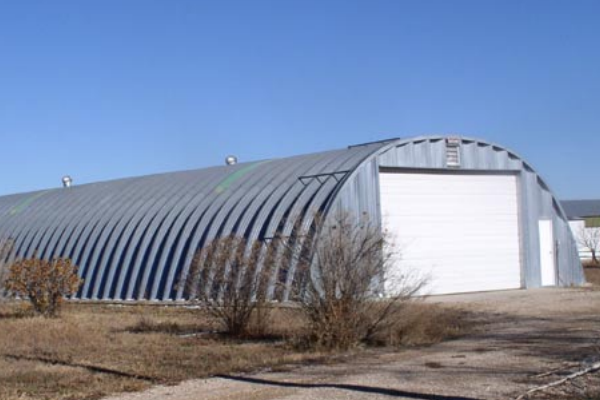 Quonset huts are a unique building type borne out of the need for quickly and cheaply built structures. They were extremely useful during the Second World War, and served several needs in the post-war age from the 1940s-1960s. Some became the location for shops, others made for easily-built movie theaters, and still others became housing, most notably on-campus veterans housing at Colorado A&M (now Colorado State University). This short survey documents the history of Quonset huts in Fort Collins and makes recommendations for their preservation.