To protect, enhance, and preserve Fort Collins' significant historical, architectural and geographical heritage in order to advance the economic, cultural and environmental qualities of the city.

The Historic Preservation Division promotes a World Class community by working collaboratively with the community to advance the economic, cultural and environmental qualities of the city through preserving, enhancing, and promoting Fort Collins' significant heritage and saving the places that are meaningful to our residents. We demonstrate our commitment to this collective vision through predictable, transparent, and responsive processes based on best practices, while continuously striving for innovation and improvement.

The Historic Preservation Services division works collaboratively with citizens, developers, and staff, participating in key community planning and development projects affecting historic and cultural resources in Fort Collins. New construction, and the alteration or demolition of existing buildings, is reviewed for its effect on neighborhood and community character. Good design and rehabilitation of historic homes and businesses is encouraged through a large number of financial incentive programs available to citizens

Maren manages the division to support the preservation of historic places that represent an inclusive understanding of our community history. She leads the team in work with historic property owners and development applicants to care for historic properties and create compatible urban infill. The division's work also contributes to long-range planning that maintains our unique sense of place, while advancing progressive preservation policies with a particular emphasis on sustainability. Maren has a BA in Environmental Studies/Geology and an MA in History and has worked in the fields of historic preservation and environmental history for sixteen years. She previously worked on historic preservation contracts for the National Park Service and other federal agencies as the Program Manager for CSU’s Public Lands History Center. Contact Maren at mbzdek@fcgov.com.

Jim is passionate about exploring the relationship between historic preservation and sustainable communities. He holds both an undergraduate and graduate degree in History from Colorado State University, specializing in public history and historic preservation. Prior to working for the City of Fort Collins, he worked for the National Park Service, as the Historic Preservation Specialist for Aurora, Colorado, and on community-focused and research programs with the Nevada State Historic Preservation Office in Carson City. Contact Jim at jbertolini@fcgov.com.

Staff at the City work diligently with members of the Historic Preservation Commission, a body of community members and specialists appointed by City Council to oversee the City's historic preservation program. Members bring both passion and unique skills and expertise related to historic buildings and how to take care of them. Below are a list of current members and their position/specialization:

Since its beginning, Fort Collins' historic preservation program has had a holistic focus, aiming to preserve important reflections of history and culture, but also promote economic development through the adaptive reuse of historic buildings. Critical to the City's revitalization efforts was the designation of the Old Town Historic District in the National Register in 1978 followed by the creation of a smaller City Historic District in 1979, the first in the state. The result is one of the most vibrant, successful historic downtowns in the country. The Laurel School National Register Historic District, containing over 600 properties, was listed in the National Register in 1980. Sheely Drive Landmark District, listed by City Council in 2000, encompasses 11 properties, and is the first 1950s-era local landmark residential district designated in Colorado. Whitcomb Street Landmark District, designated by City Council in 2013, encompasses 14 properties, which together form a cohesive unit historically, architecturally, and developmentally.

In 1991, the City became a Certified Local Government (CLG), a federal designation from the National Park Service for meeting certain requirements for a local historic preservation program. CLG status allows the City of Fort Collins enhanced participation in state and federal preservation programs, such as stronger participation in the review of federal (or federally-supported) projects within city limits, access to a dedicated pool of federal grant funds. Status as a CLG also qualifies buildings designated as historic by City Council for Colorado's historic preservation tax credit program.

In 1994, the City adopted the Historic Resources Preservation Program Plan (HRPPP), which captures the city's mission, "to enhance the quality of life in Fort Collins by the preservation of historic resources and the inclusion of heritage in the daily life and development of the city and the community." The Demo/Alt Review Process was adopted in 1994. Due to the combined positive effect of the LPC Design Review Subcommittee, the Design Assistance Program, and other financial incentives, virtually all were resolved without the need to continue to a LPC Hearing.

Historic Preservation Services has undertaken the writing and managing of over 70 historic preservation grants, translating into over $21,000,000.00 in direct and indirect revenue for preservation in the City. Staff efforts have resulted in tremendous national, state and local recognition for Fort Collins, including the city's status as a "Preserve America Community" by the White House; as a Take Pride in America Community; as the recipient of three Governor's Awards for Downtown Excellence, four State Honor Awards for historic preservation, and Fort Collins' recent selection as a Dozen Distinctive Destination by the National Trust for Historic Preservation. 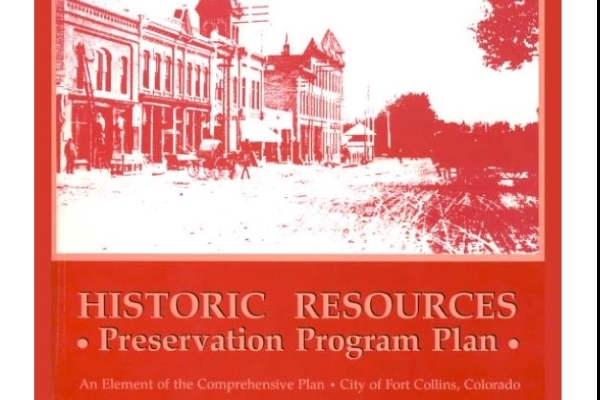 The City's first comprehensive plan for historic preservation, covering goals across all preservation activities, from identification and preservation of City Landmarks to education needs to help Fort Collins residents take care of their historic property. 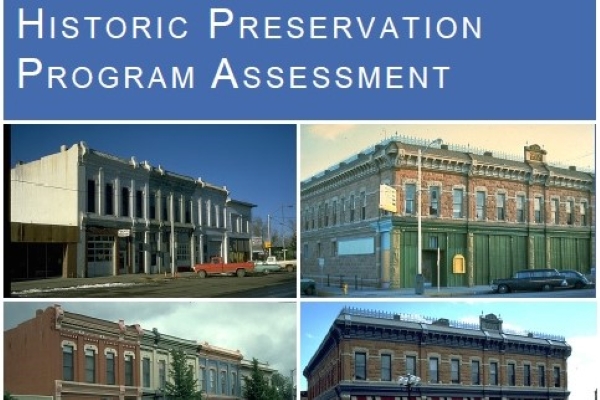 An assessment of the operations of the Fort Collins historic preservation program to improve effectiveness and public benefit. 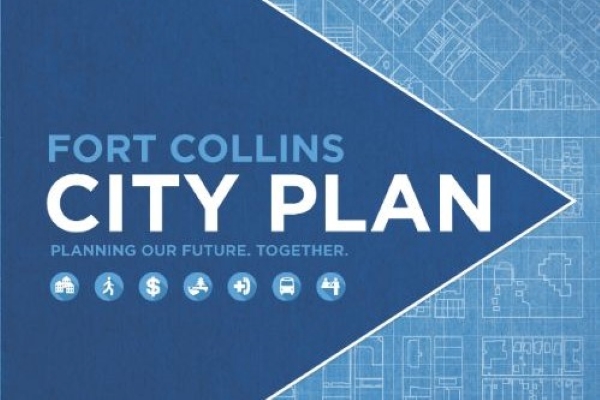 Historic preservation is an integral part to the City of Fort Collins' vision moving forward to achieve the community's goals of "triple bottom line" sustainability, environmentally, socially, and economically. There are preservation-minded goals and strategies throughout the plan, but Principle LIV 10, under Neighborhood Livability and Social Health discusses historic preservation in more depth.