The City of Fort Collins must pursue two state permitting processes in order to obtain a federal permit from the U.S. Army Corps of Engineers (Corps) to enlarge Halligan Reservoir. These two processes began in 2020.

Fish and Wildlife Mitigation and Enhancement Plan (FWMEP)
Under Colorado law, fish and wildlife resources impacted by water development projects, such as the Halligan Water Supply Project, must be mitigated. To ensure that any impacts to fish and wildlife are mitigated, the City must develop a FWMEP that will be reviewed by both the Colorado Parks and Wildlife (CPW) Commission and the Colorado Water Conservation Board (CWCB). The process is expected to take one to two years.

The CPW Commission and CWCB meetings are open to the public and interested organizations or individuals will be able to review the FWMEP and comment at the meetings. The FWMEP is anticipated sometime in 2022.

The application will be available for public review and comment.

Our ongoing water quality sampling and analyses for the project were augmented to support the 401 certification application.

The Corps issued a draft EIS and Conceptual Mitigation Plan in November 2019 and a public hearing was held in Fort Collins in January 2020.

Together, with the Corps, we evaluated each comment on the EIS or Conceptual Mitigation Plan to determine how to address each comment. The Corps is currently developing the final EIS and the City is developing the Final Conceptual Mitigation Plan to be issued concurrently. Throughout 2020 the EIS and associated documents have been updated to address those comments.

A digital animation was created to better communicate what we heard from the comments and how they’re being addressed.

The final EIS is expected to be released in 2021 or 2022. It will be available for public review and comment.

The design engineer and construction contractor were hired in mid-2020. Utilities is using a method of early contractor involvement where the contractor who will build the project is part of the design from the beginning.

A field investigation was conducted, including collecting site information to determine the integrity of the existing dam, along with the soil, bedrock and groundwater conditions around the location of the enlarged dam. The investigation also included an evaluation of on-site materials that may be used during construction.

Preliminary design began, which includes developing a conceptual layout of the new dam and spillway. 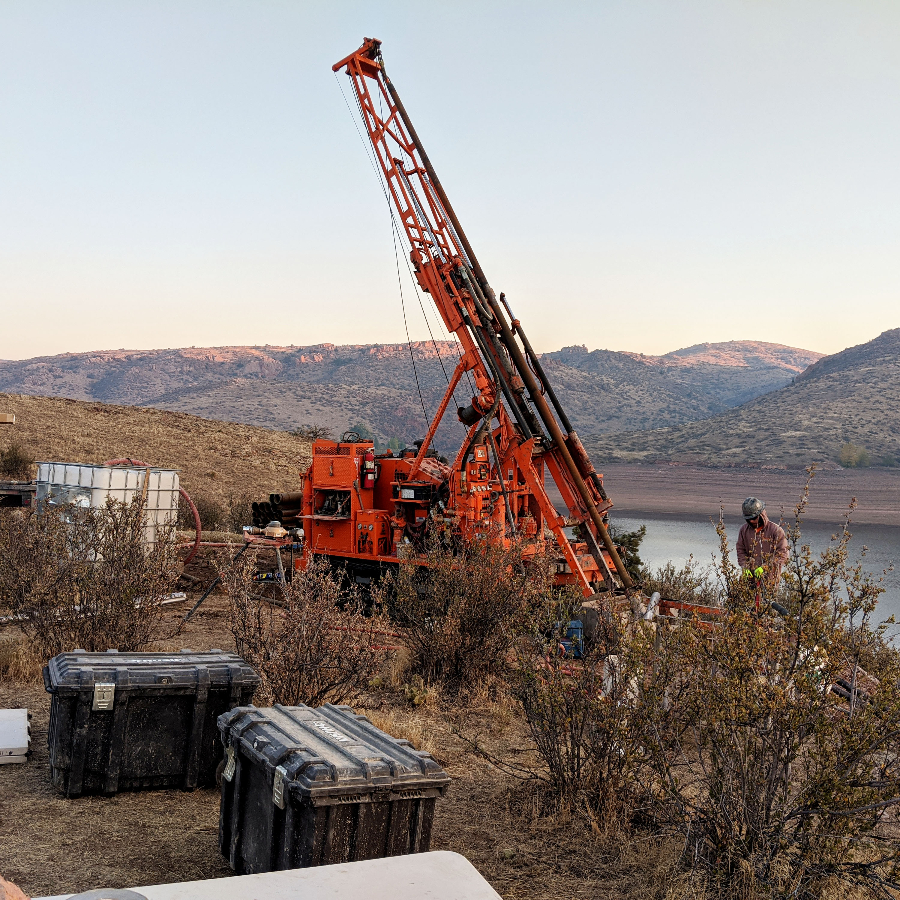 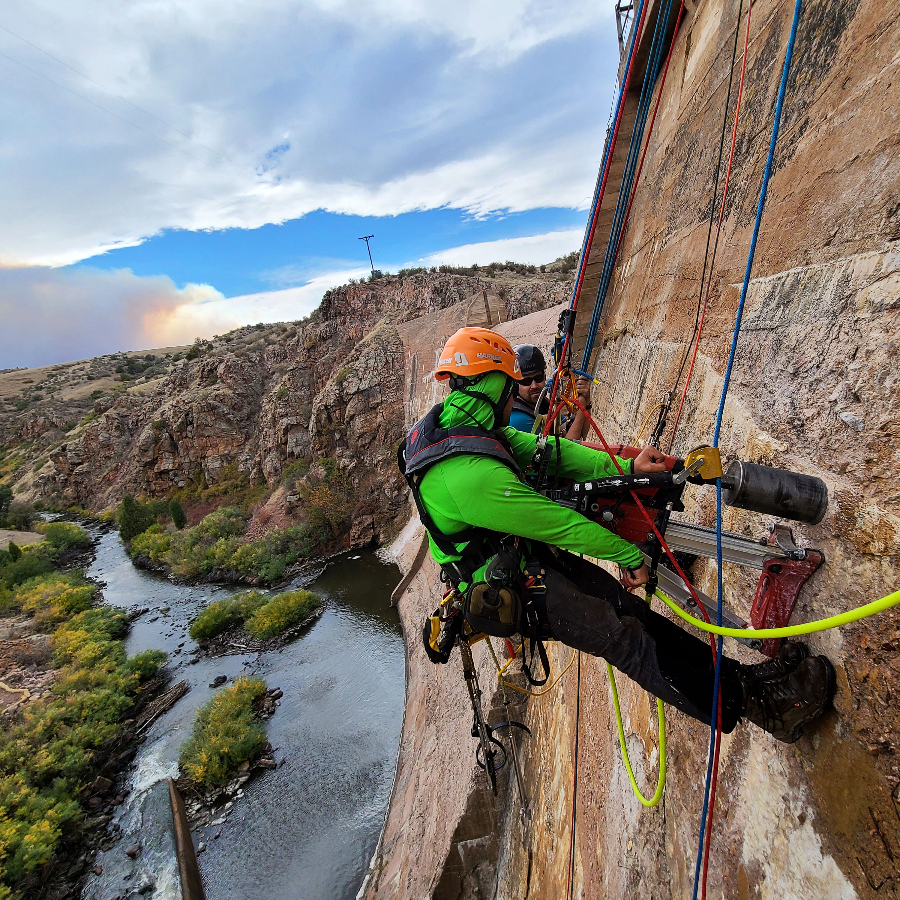 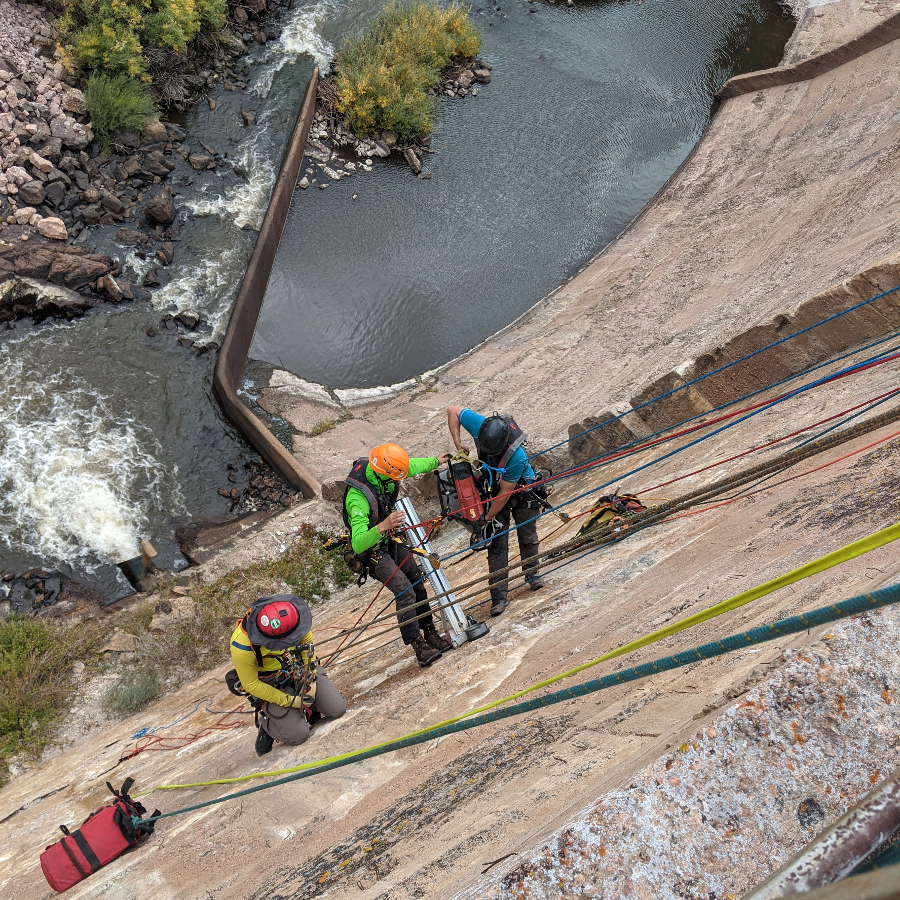 Preliminary design information will be used to update the cost estimate for the project in 2022.

Fort Collins Utilities is working with landowners to acquire easements for three phases of the project:

Work during 2020 focused on the acquisition of easements for phase 1. 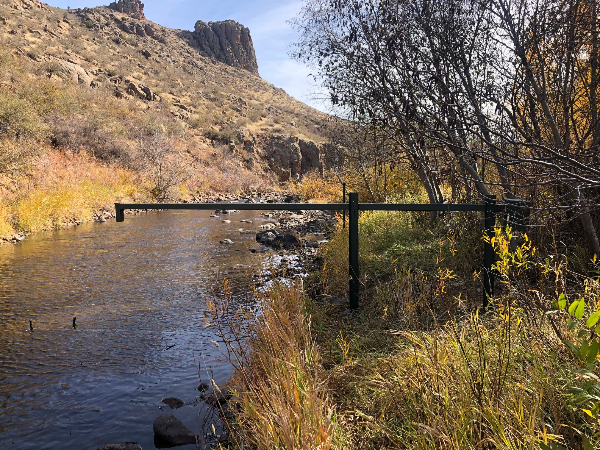 New stream gage installed on the North Fork of the Poudre River.

Fort Collins Utilities partnered with the United States Geological Survey (USGS) and CPW to install a new stream gage upstream of Halligan Reservoir on the North Fork of the Poudre. The stream gage was funded by the City and a grant from the USGS. The gage will be maintained by the USGS and funded by the City. The gage provides useful streamflow data for design and will inform future operations of an enlarged Halligan Reservoir.

Baseline ecological resource monitoring was conducted to obtain more detail about areas that may be impacted by the project and inform mitigation planning.

This schedule reflects the current understanding of project timelines and is subject to change based on permitting requirements. The faded bars indicate uncertainty in the schedule and capture a range of scenarios that could impact the overall schedule. The project schedule is driven predominantly by the permitting processes and staff have limited control over those processes and schedules. Given the long-term nature of the project and the permitting steps remaining, the schedule will continue to be presented as a range of timeframes.

Based on current information, the project costs could vary between $100 million to $150 million. Information gained from preliminary design, the FWMEP and water quality analyses will be used to update the cost estimate for the project in 2022. Costs are anticipated to change and likely grow as permitting requirements and design are better understood.