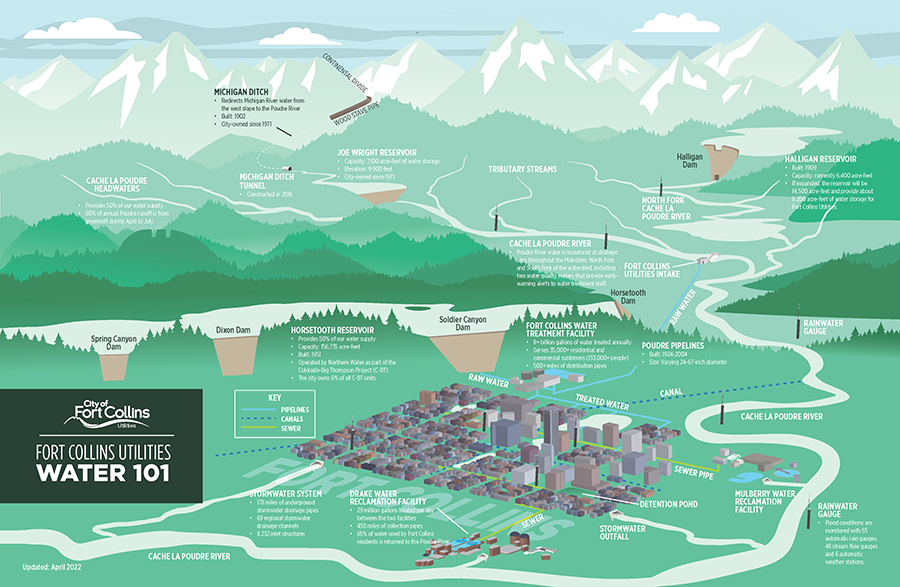 The City of Fort Collins owns the Michigan Ditch, which redirects water from the Michigan River on the western slope to the Poudre River. It was originally built in 1902 and has been owned by the City since 1971. In 2016, Fort Collins Utilities built a trans-mountain tunnel to address issues with landslides in the area.

Joe Wright Reservoir is currently the only reservoir the City owns for raw water storage that can be treated and used by customers. The reservoir has a capacity of 7,100 acre-feet and sits at an elevation of 9,900 feet. The City has owned it since 1971.

Halligan Reservoir was originally built in 1909. The City owns the dam and land under the reservoir, but the current water stored in it is owned and operated by the North Poudre Irrigation Company (about 6,400 acre-feet of capacity). The City is hoping to expand the reservoir to 14,500 acre-feet in order to provide an additional 8,100 acre-feet of water storage for Fort Collins Utilities customers to use during drought or emergencies. Once expanded, water from Halligan Reservoir will be used by exchange during drought or emergencies.

Horsetooth Reservoir is operated by Northern Water as part of the CBT project. The City owns 6% of all CBT shares. Each year, Northern Water determines the quota of water allocated to each share based on snowpack and other factors. It has a capacity of about 156,000 acre-feet and was built in 1951.

The City monitors the water quality of the Poudre River at 19 strategic sites throughout the mainstem, north fork and south fork of the watershed. The City also monitors flood conditions with 55 rain gauges and 48 streamflow gauges and 6 automatic weather stations.

Fort Collins Utilities Water Treatment Facility treats water from both the Poudre River and Horsetooth Reservoir. The intake on the Poudre River consists of multiple pipes built between 1924-2004 ranging in size from 24-67 inches. The facility treats more than 8 billion gallons of water each year. They service 32,000+ residential and 3,000+ commercial customers and manage 500+ miles of distribution pipes. 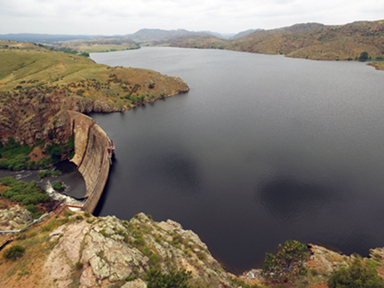 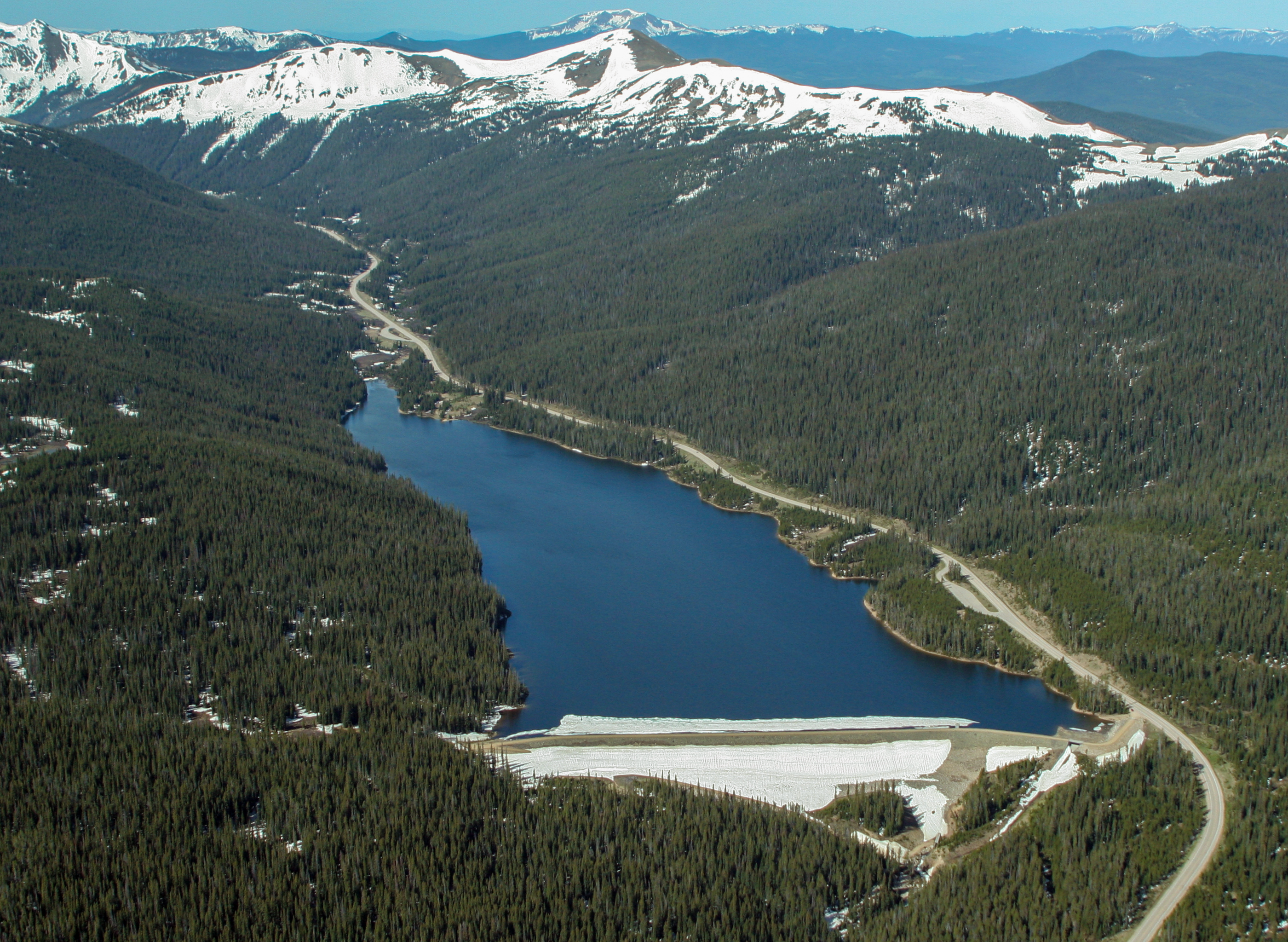 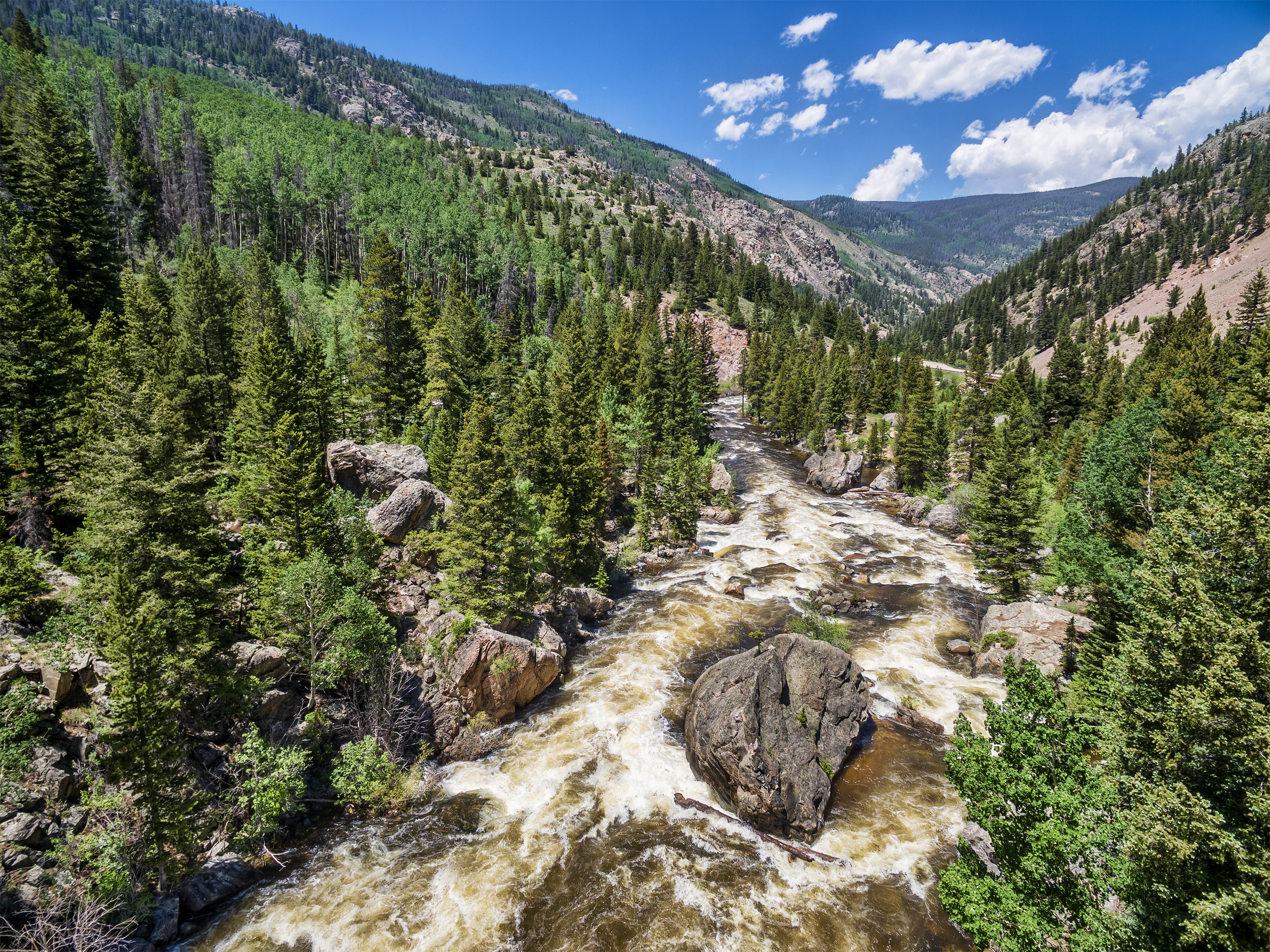 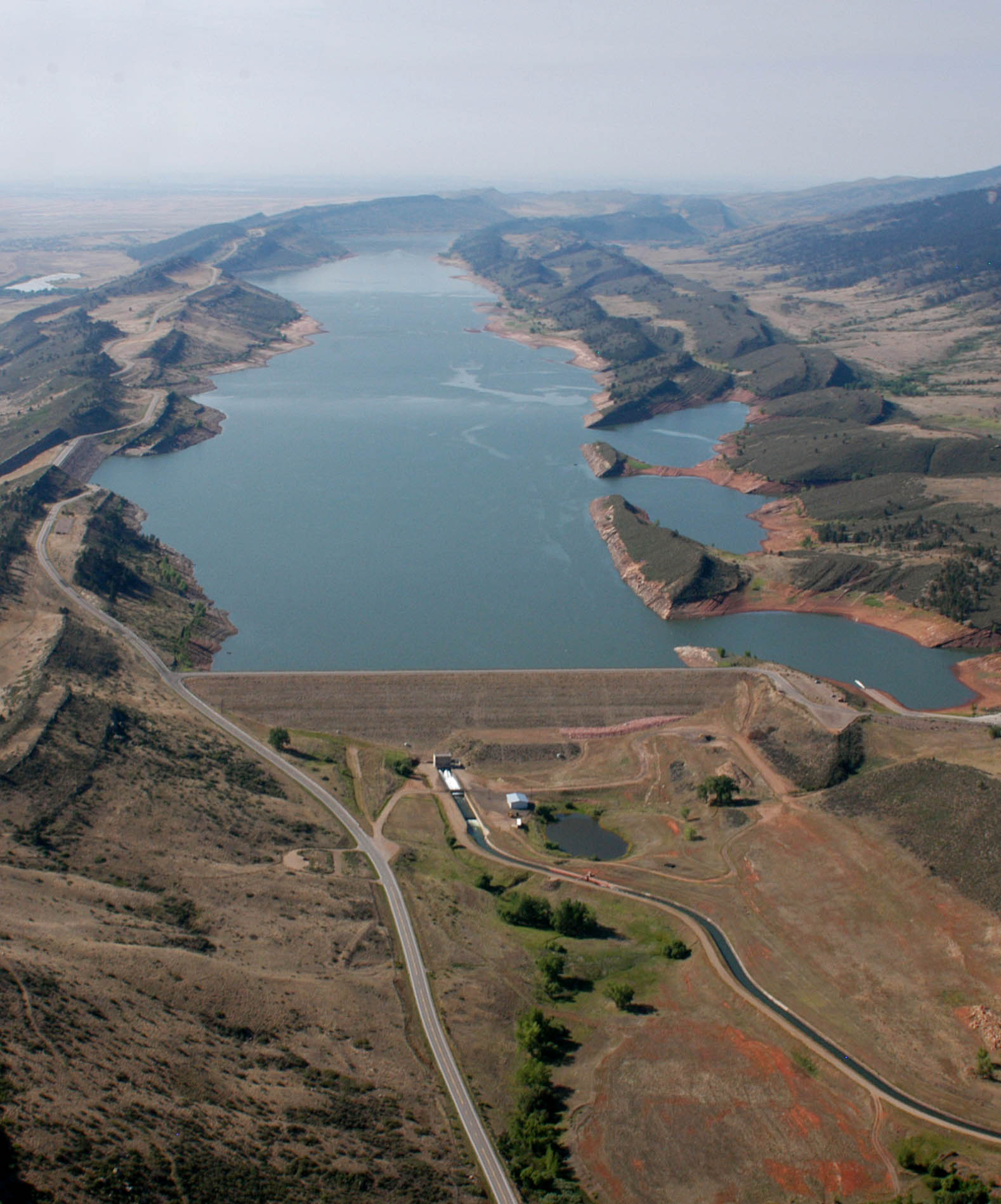 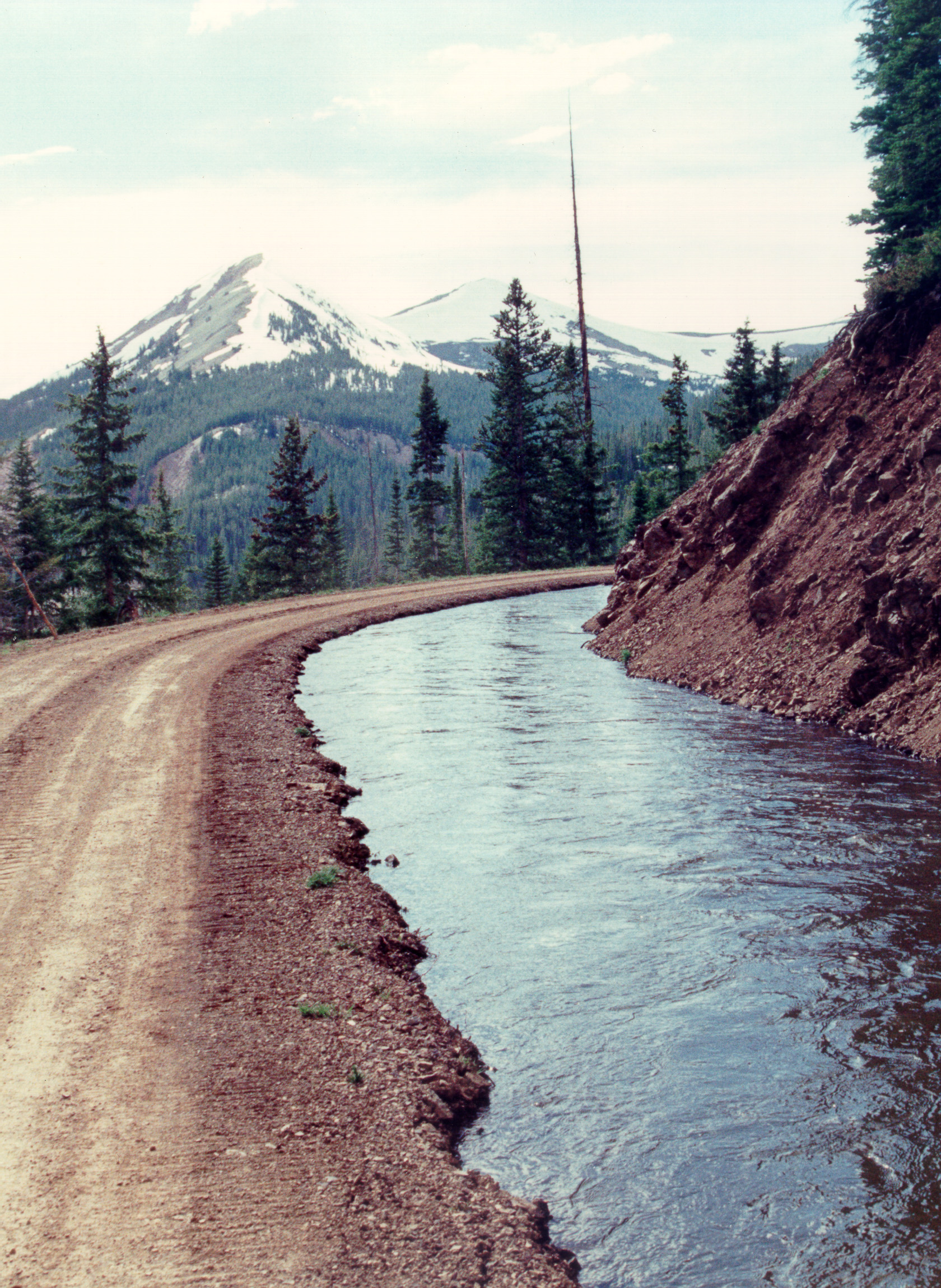