In May 2016, the City formed an LGBTQIA+ committee—now known as the PRIDE Employee Resource Group—composed of City staff and two community liaisons. The goal of the subcommittee is to ensure our LGBTQIA+ community is safe, valued and affirmed within the City organization and community at large.

To that end, the team has

PRIDE also works closely with the Human Rights Campaign to elevate the City's Municipal Equality Index (MEI) score, which evaluates cities on how inclusive and welcoming they are for LGBTQ+ people. Primarily due to PRIDE's efforts, the City's MEI score has risen from 83 (2018) to 95 (2019/2020)! 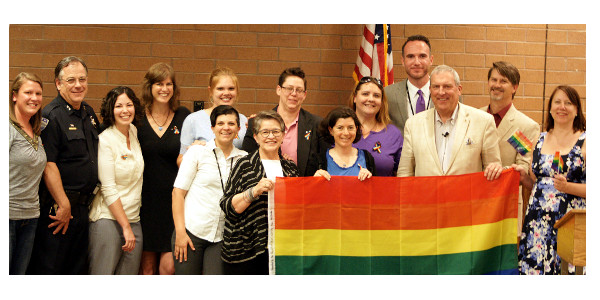 In 2021, the PRIDE team will be focusing their efforts on: