Fort Collins Landmarks - What They Are and How They Work#

What is a Historic Landmark? A Landmark District?#

A historic landmark or historic district is a property or grouping of properties officially recognized as important to Fort Collins history by formal City Council action.

The landmark can be important to the community for several reasons, including:

To look through the currently designated properties, head over to our searchable list of landmarks and other historic properties. 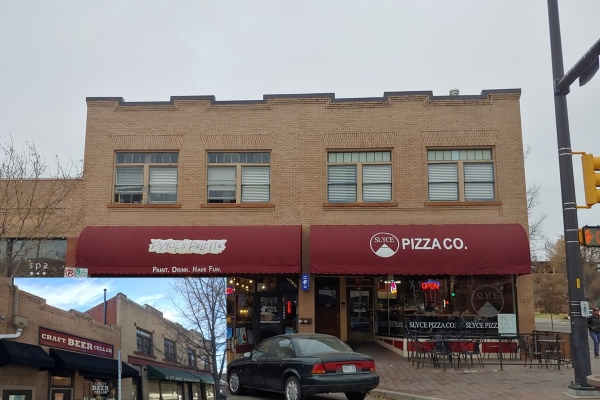 Built in 1907, this building housed the Fort Collins Express and Courier newspapers, the precursor to the Fort Collins Coloradoan. The McCormick brothers who owned it also constructed an apartment over 1917 and 1925 at 130 S. Mason that is a strong example of early-twentieth century architecture in downtown Fort Collins. 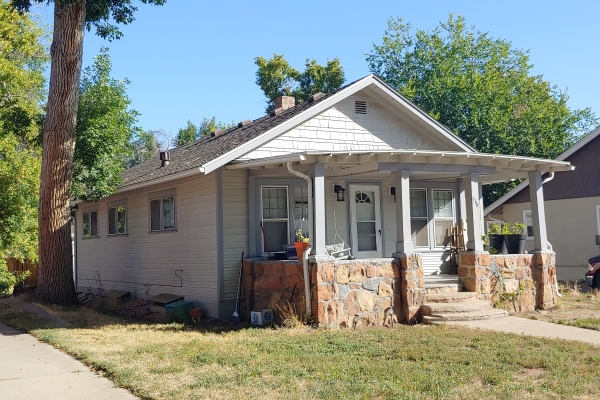 Built for Fort Collins car and commercial painter Frank Ulrich, this property is significant as a significant and unique example of a Craftsman Bungalow residence. 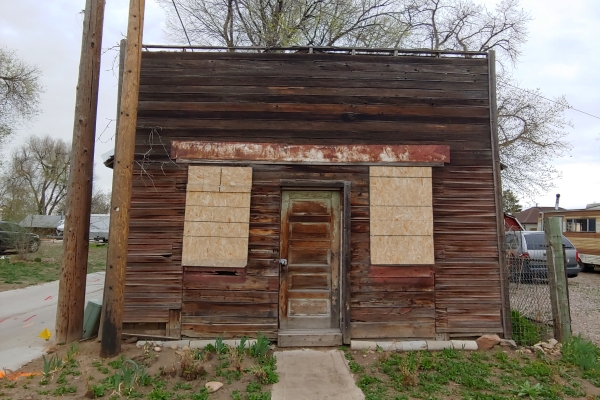 The residence and store buildings at 100 First Street are part of the historic Buckingham neighborhood, one of three neighborhoods in northeast Fort Collins built for sugar beet workers of Russo-German and Hispanic descent. 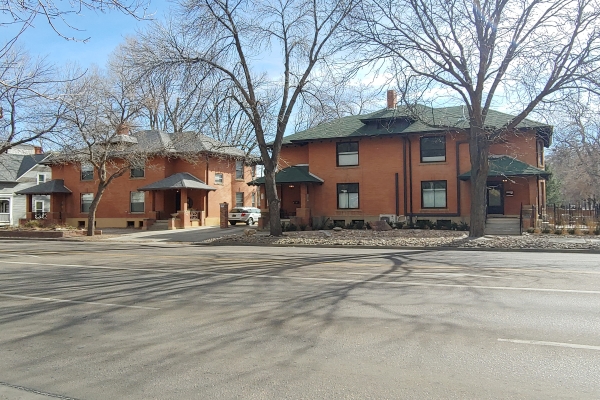 These paired duplexes are rare and significant examples of American Foursquare duplexes in Fort Collins. The Foursquare was a less common house style in the United States in the early twentieth century, and even more rare to be built as multi-family housing. 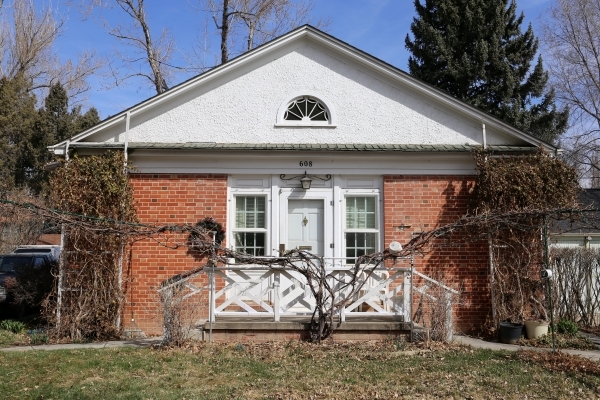 The Kamal/Livingston Property is an excellent example of a mid-century residence and garage using Colonial Revival details. 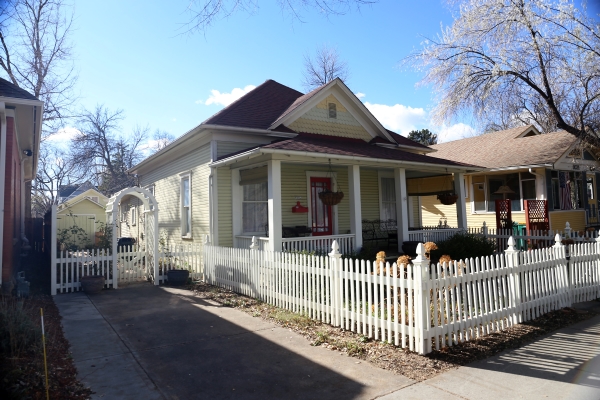 The Newman Property is an excellent example of a rectangular "hipped-roof box," a common form of early twentieth century residence.

Each building on a property and within a district are described as being contributing or non-contributing based on their history and/or architecture (significance) and the degree to which they retain their historic character (integrity):

How Do I Landmark My Property?highlight_off

Contact City staff for a nomination form at preservation@fcgov.com.

In some rare cases, a Colorado Cultural Resource Survey Form may be required. Staff can let you know if a Survey Form will be needed - the person nominating the property will be responsible for reimbursing the City for the costs of producing the form.

Need help understanding how to research the history and architecture of your property? Consider our How to Research guide for more help.

What are the benefits and obligations of landmark designation?highlight_off
What type of work is reviewed? Is interior work reviewed?highlight_off

Under Chapter 14 of the City's Municipal Code, only exterior work is reviewed. However, owners seeking State Historic Tax Credits for interior work will have the interior elements of their project reviewed by History Colorado as well. Interior work of any kind is reviewed only if the owner is asking for financial incentives for that work. Whether complying with City Municipal Code or seeking State Historic Tax Credits, all work is reviewed under the Secretary of the Interior's Standards, usually the Standards for Rehabilitation.

What work is reviewed? How is work reviewed? Who reviews it? How long does it take?highlight_off

How: The criteria used for the review are found in Chapter 14 of the City’s code. These criteria reference the Secretary of the Interior's Standards. Most work falls under the Standards for Rehabilitation. While many alterations are readily approved, compliance with the Standards may require adjustments to the size and design of proposed work.

Who: Depending upon the extent of the work proposed, Historic Preservation staff or the Landmark Preservation Commission (LPC) reviews the work. The LPC are nine Fort Collins residents appointed by City Council, with interest or professional experience in historic preservation, construction, design, finance and related fields.

When: LPC review occurs at its Regular Meetings (3rd Wednesday of each month); staff reviews generally take less than a week.

I live in an historic district. Is my property a Landmark?highlight_off

Each building within a district is usually described as being contributing or non-contributing based on whether they reflect the history and/or architecture (significance) of the overall district.

What if my building or structure is non-contributing to the district?highlight_off

Buildings and structures that are non-contributing are still subject to review under City Municipal Code. In these cases, exterior alterations, demolition, and new construction are reviewed for their effect upon neighboring historic properties and the character of the district as a whole. For projects in older (pre-1950) sections of town, a good source for compatible examples is the Old Town Neighborhoods Design Guidelines.

What impact does designation have on construction?highlight_off 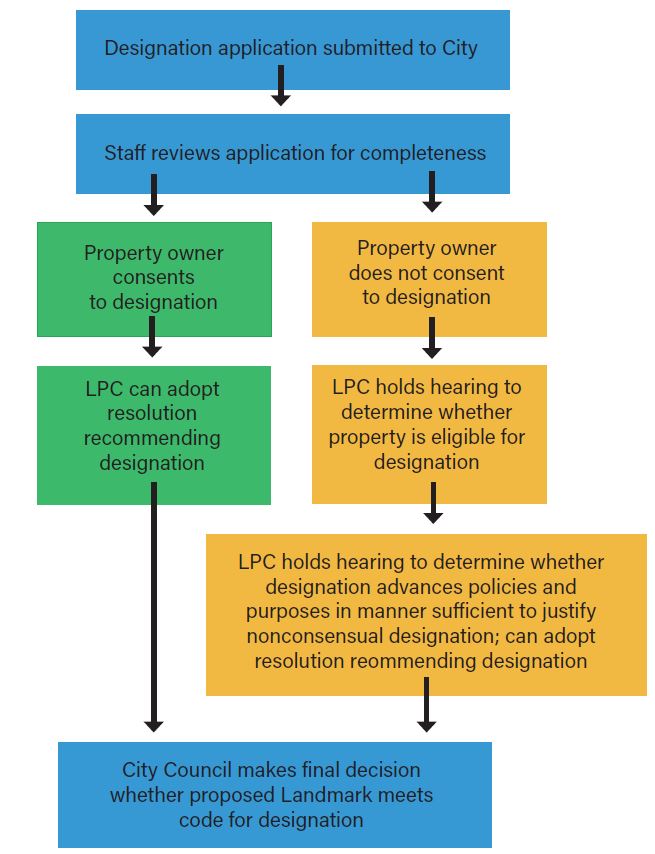