If you have any questions about EAB, please contact the City of Fort Collins Forestry Division at forestry@fcgov.com or 970.221.6660. 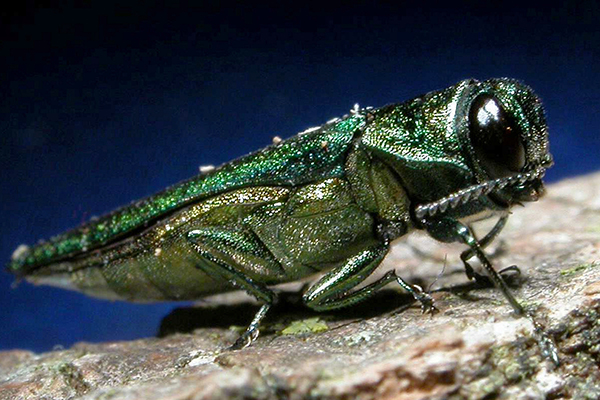 What is the Emerald Ash Borer?

The Emerald Ash Borer (EAB) is a highly destructive, non-native insect that infests and kills all North American true ash species including green, white, black and blue ash, and their cultivars (including “autumn purple ash,” a popular white ash varietal in Colorado). The larval stage of EAB feeds under the bark of trees, cutting off the flow of water and nutrients. Infested trees gradually die over a period of approximately two to four years.

Why is this a problem for Fort Collins?

The City of Fort Collins Forestry Division maintains over 55,000 trees located on City property, 7,654 of these trees are ash trees. City-wide (on public and private property), there are approximately 70,000 ash trees which make up 33% of our canopy cover in Fort Collins. 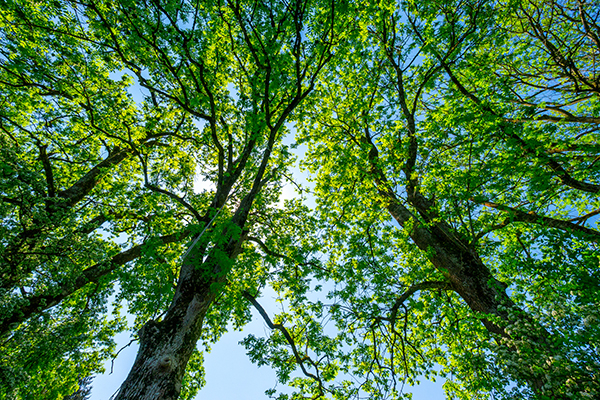 Locate ash trees near me

Is my tree infested with EAB?

Many of the common signs and symptoms of EAB are hard to detect from the ground early on because the beetles target branches in the mid to upper crowns first. Here are some symptoms and signs to look for: 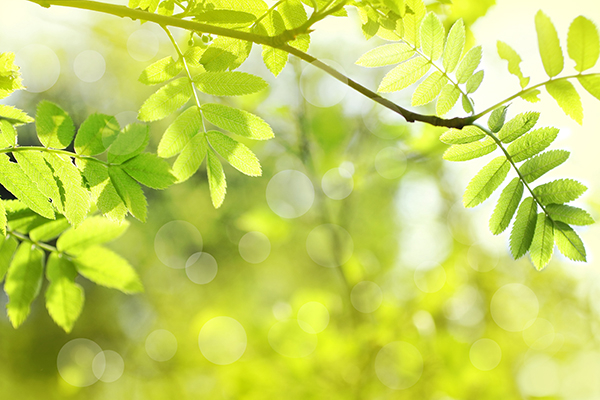 Forestry has been preparing for EAB since it was first detected in the United States starting in 2003. We’ve worked hard to make sure that ash trees were not planted along City streets or in new City parks. Since then, Forestry has received some extra funding to remove and replace ash trees in poor condition or shadow plant ash trees as space allows.

Over the last few budget cycles, we have been able to reduce our public ash tree population from 16% to 14%.

In 2019 Forestry completed an assessment of all of City ash trees accounting for their condition, size, structure, and overall health. This assessment helped establish baseline data to determine which ash trees will be treated, and which will be removed and replaced. Our goal is to replace each tree we remove with a diverse group of species to help maintain the urban canopy and increase forest resilience

What to Look For# 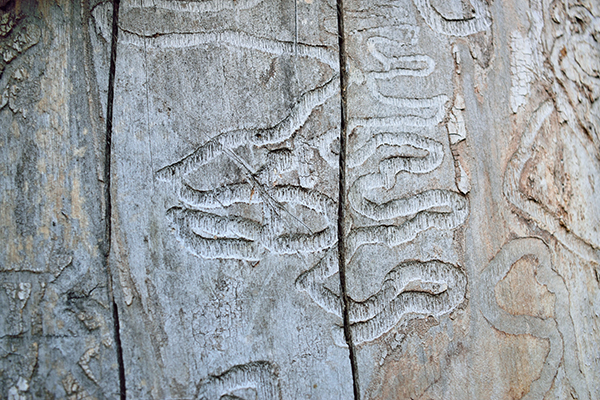 The following licensed arborist companies have their CDA pesticide applicator ID and are certified to treat for EAB. Please note, other arborists may have the required certifications as well, please follow up with the arborist companies directly for more information.

Has EAB arrived in Fort Collins?highlight_off

Yes, as of May 11, 2020, EAB was detected just outside of City Limits in north Fort Collins.

How did EAB get here?highlight_off

Adult beetles are strong flyers, but they typically fly less than half a mile once they emerge from their host tree. This means that the pest most likely arrived in our area via human transport of infested ash wood, such as firewood or other raw ash material.

Why is EAB such a BIG problem?highlight_off

EAB has never been eradicated from an area or community since its detection within the United States in 2002.

Leading entomologists suggest that EAB has the potential to bring about the extinction of North American ash species if the pest is not managed.

An adult EAB is an emerald green metallic beetle that is about ½-inch long and is bullet-shaped. The area under the wing covers of an adult beetle is coppery red. The larva is off-white and flat with bell-shaped segments and can grow up to be about 1-inch long.

How does EAB kill my tree?highlight_off

EAB larvae damage trees by tunneling under the bark, producing girdling wounds that interfere with the movement of water and nutrients. Infested trees gradually die over a period of 2 to 4 years.

How do I know I have an ash tree?highlight_off

All true ash trees (Fraxinus spp.) have the following characteristics:

The following App is a handy tool to help you identify what type of trees you may have on your property: search for EAB/Ash Tree ID. Not an App/smartphone user? Send pictures to forestry@fcgov.com or contact a Licensed Certified Arborist.

Wondering if the trees on your street are Ash trees? Find out here.

What are the signs a tree has been affected by EAB?highlight_off

The presence of EAB in a tree typically goes undetected until more than a year after initial infestation. Symptoms of infested trees may include:

I found a bug that looks like EAB, what do I do?highlight_off

There are many EAB look-alikes. However, if you believe that you have found EAB, please contact Forestry at 970-221-6660 or email forestry@fcgov.com.

What is the City doing to prepare for EAB?highlight_off

Forestry has been preparing for EAB since it was first detected in the United States starting in 2003. We’ve worked hard to make sure that ash trees were not planted along City streets or in new City parks. Since then, Forestry has received some extra funding to remove and replace ash trees in poor condition or shadow plant ash trees as space allows.

Over the last few budget cycles, we have been able to reduce our public ash tree population from 16% to 14%.

Although the threat of EAB is now present in the community, the Forestry Division does not plan to start treatment of ash trees until Spring 2021. Why is that?highlight_off

Even though EAB has been found on the edge of our community, there is time to be strategic and proactive in implementing the management plans for public and private trees. The presence of this pest does not automatically put us into a purely reactive mode. It is very important for our whole community to join us in this approach that works to balance the social, environmental, and economic impacts of EAB  in our community.

Who can help me with my ash tree?highlight_off

We suggest hiring a licensed, certified Arborist for all pruning, removal, and pesticide treatment work. Click here for a current list of certified Arborists in your area. You can also contact us for more information at 970.221.6660 or forestry@fcgov.com.

Should I treat my ash tree?highlight_off

At this time, the Forestry Division is advising Fort Collins residents to act now and start implementing their own EAB management plans. Residents should first determine if their property has any ash trees, and if so, evaluate the condition of each tree, with continued monitoring throughout the year. Residents should also decide whether to have infected ash trees treated, or removed and replaced. City Forestry staff urge residents to weigh the benefits and costs associated with ash removal and replacement, versus ongoing insecticide treatments.

Should I get rid of my ash trees?highlight_off

If the ash tree is in poor health or is smaller than 11-inches in diameter, Forestry recommends either planting another tree near-by (shadow planting) or removing and replacing the ash with a suitable species for the Front Range.

What else can I do if I decide not to treat my ash tree?highlight_off

You can have the tree removed, but we strongly suggest that you replant it with a new tree species that is well adapted to our area. Be aware that EAB is an aggressive pest and has never been eradicated from any community, so if you chose not to treat, your tree will eventually be killed.

Can I treat my ash trees myself?highlight_off

Although there are pesticides available “over the counter” for homeowners to treat their tree(s), we highly recommend that you consider hiring a certified Pesticide Applicator. Even better, take it one step further and hire a licensed Tree Care Company that operates a Plant Health Care Division. If you decide to treat the tree yourself, make sure that you read the pesticide label and understand the risks associated with applying pesticides. The label is actually the law for using that pesticide legally, so follow all instructions closely.

If I treat my ash tree, what will that do?highlight_off

If your ash tree(s) are properly treated, the pesticide will prevent the ash tree from being killed by EAB. Make sure that you understand the frequency of your pesticide treatment. Some pesticides may only control EAB for one year and others for up to two years. It is important to understand that pesticide applications will need to be carried out for the duration of your tree’s life; once stopped your tree(s) will be susceptible.

What can I do about my HOA's ash trees?highlight_off

Emerald ash borer is here, however, it is not too late to develop a management plan for your Home Owners’ Association (HOA). City Forestry staff are available to go over options and guidelines with your HOA. We can do this over the phone, through email, or even by setting up a live or virtual meeting with your management company, the board or the entire HOA. Please reach out to your HOA board to determine the best way to proceed. It will help City Forestry staff greatly if there are only one or two primary contacts assigned for each HOA. Please call 970.221.6660 or email us at forestry@fcgov.com for more information.

What can I plant instead of ash trees?highlight_off

“Shadow planting” is a great option for planning or planting for the future! Plant a tree near an ash tree that you do not intend to treat. This will ensure that a new tree is well established and growing when it comes time to remove your ash tree.