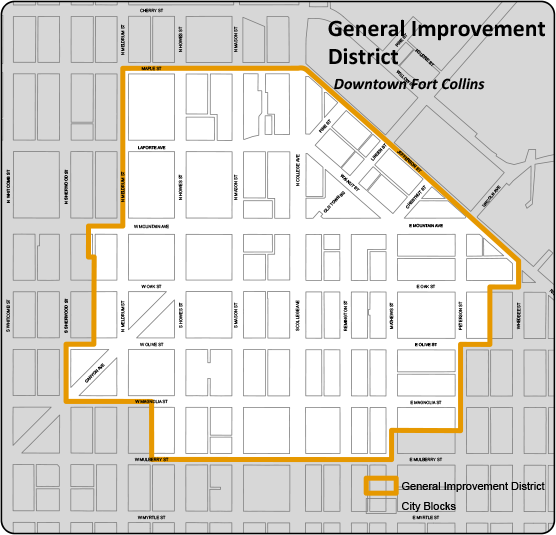 GID’s are originated by petition of a majority of registered electors of a city who own real property in the proposed district.  GID’s have been used to construct public improvements in established neighborhoods and to build and operate parking districts and have been used to build public infrastructure on land intended for commercial or residential development.

A municipality’s governing body (for Fort Collins, the City Council) sits as ex-officio board of directors for the district. The City of Fort Collins Municipal Code, Chapter 22, authorizes the specific administrative rules and requirements for General Improvement Districts.

The City of Fort Collins Downtown GID is a tax district formed by property owners in 1976 for the purpose of funding parking, pedestrian, and street beautification improvements. See the map in the Resources section of this page for the specific Downtown GID boundaries.

The GID receives revenues primarily from a mill levy set by City Council members acting as the Governing Board. The mill levy has remained at 4.94 mils since 1992. The GID receives other revenues from a share of vehicle registration tax, and interest on the fund balance.

The GID is managed by City staff, and City Council sits as the governing Board. Examples of past projects include College Avenue corner plazas, medians and street trees; Oak Street Plaza with its fountains; Linden Street streetscape; recent sidewalk replacements; and on a smaller scale, the sidewalk bike dismount signs and decals.

While 2020 was a challenging year for our community, the GID was still able to get the job done. We made significant improvements with paver replacements, addressing safety concerns as well as visual improvements, contributed to sidewalk work for some of our local businesses, and replaced several tree grates that were broken, unsightly, and not ADA compliant.

This sidewalk repair was part of the priority sidewalk and curb replacements for the GID. City's engineering analyzed intersections in the GID area to identify which ones are damaged and/or not accessible and is repairing intersection corners ranked with the highest risk and greatest need for repair. 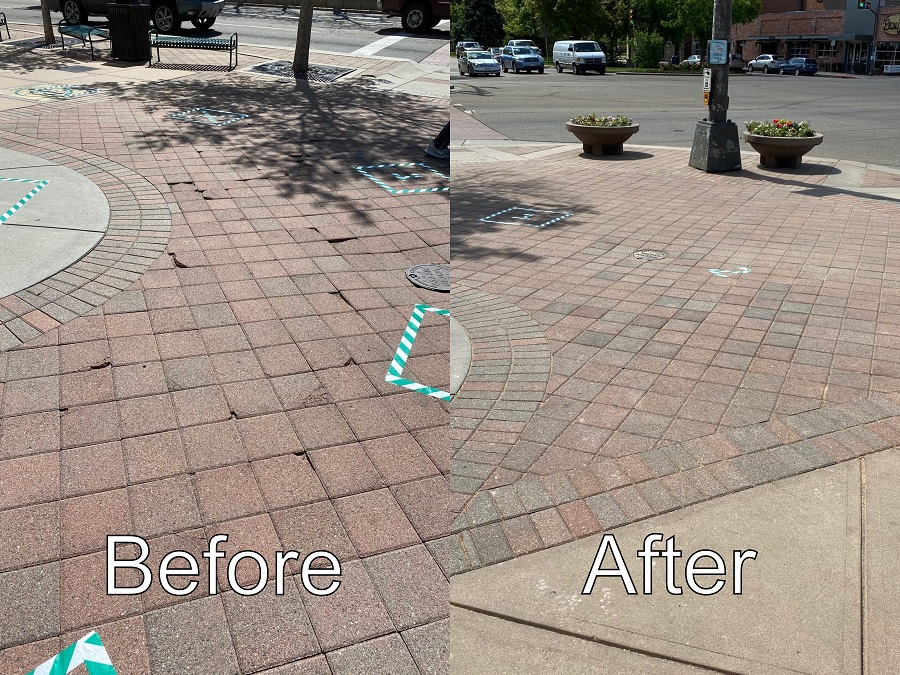 Why Did We Need This CIP?

A number of issues and ideas emerged over the past several years regarding the use of the GID fund. A new CIP was needed to address those topics, and to identify the next generation of potential projects to be pursued with the GID fund, from 2012 going forward for about 15 years.

Section 2 of Resolution 92-37 requires that the City Manager prepare a five-year CIP, to be submitted annually to the GID Board.