History of The Gardens 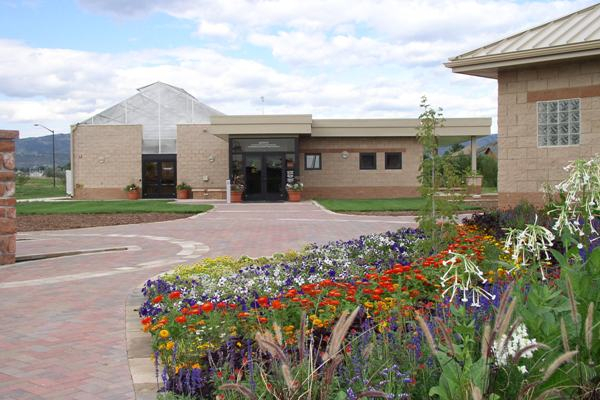 The Gardens on Spring Creek was first envisioned in 1986 but the first critical step in our development did not come until 1995, when our founding non-profit group successfully convinced the Fort Collins City Council to initiate a city-funded community horticulture program. The positive results of that program's dozens of gardens and gardening projects were then used as a springboard to secure the endorsement of voters in a 1997 municipal election, resulting in three million dollars in city funding to build The Gardens on Spring Creek. Ground was finally broken on the Visitors Center in 2004 and The Gardens officially opened their doors to the public.

The idea to build a community horticulture center in Fort Collins was conceived by Jim Clark in 1987, after a visit to Cheyenne Botanic Garden in Wyoming.  Shortly thereafter, a team of citizens formed a non-profit 501(c)(3) organization dedicated to creating a botanic center modeled after the public / private partnership between the Friends of the Cheyenne Botanic Garden Foundation Board and the City of Cheyenne.

Due to the success of that program and the continued efforts of the non-profit organization, funding for the creation of a community horticulture center was placed on the ballot as part of Building Community Choices (BCC).  In 1997, Fort Collins voters enthusiastically supported BCC with 71 percent voting in favor of the proposal.  $2 million was appropriated to create what is now the Gardens on Spring Creek.

Once initial funding was secured, the next step was to identify a location.  Several sites across Fort Collins were considered.  This site, in the Spring Creek corridor, was selected for its centrally-located 18 acres. The Colorado State University Research Foundation (CSURF), a not-for-profit organization, owned the land originally.  In a land-swap deal, the City of Fort Collins traded what is now the Annual Flower Trial Gardens at College and Lake for our site.  The City also paid an additional sum for the land.

With a location now secure, the next step was to create a Master Plan for the site and identify a name.  After much public input and a lengthy design process, the Master Plan, designed by local firm EDAW was unveiled in 2000.  A new name – The Gardens on Spring Creek – was created. And the non-profit board changed its name to be the Friends of The Gardens on Spring Creek.

When construction finally began, extensive grading had to be done, including moving the Sherwood Lateral, the irrigation ditch, from the south part of the property to where it is today—forming a natural water feature that connects us to Spring Creek.  Unfortunately, the initial funding did not allow for the complete construction of the Visitor Center so only half of the original design was built.  Many features, including a conservatory, more office space and the classroom were left out of the construction.  Fortunately, the Friends were able to raise private funds to build the  Evelyn Clark Classroom, where most Gardens educational programming is held.

With the completion of the Visitors Center, The Gardens officially opened its doors to the public in 2004.  Subsequently, the Friends Board and Gardens staff began raising more than $500,000 in funds for what would be the first garden – the Children’s Garden.

Then, in the spring of 2007, The Gardens founder, Jim Clark, unexpectedly resigned as the
Director of the facility. Katherine Sanchez-Meador took over the reins for a short time but then
moved on to other opportunities.

This time of transition also coincided with The Great Recession and City of Fort Collins budget constraints, leaving The Gardens in a state of uncertainty.  Fortunately, the Friends of the Gardens, in conjunction with the staff, kept the organization moving forward.  The dedicated volunteer board launched the first Harvest Festival,
and secured a landscape design for the Garden of Eatin’.  With design in hand, the fundraising
committee began to look for funding.

Michelle Provaznik became the Director of The Gardens in February 2008 and focused on the completion of the Garden of Eatin’.  Fundraising was slow and steady, despite the economy.  By 2009, enough funding was secured to build the infrastructure of the garden and the pergola for the Outdoor Teaching Kitchen.

Despite five inches of rain and six hailstorms in early 2009, the first plants went in during the early summer, and with much celebration, the Garden of Eatin’ opened in September 2009.  Even with the late start, The Gardens grew approximately 2,500 pounds of produce to donate to the Food Bank for Larimer County.

Final funds were raised to complete construction of the Outdoor Teaching Kitchen, which officially opened in September 2010 with the first of many cooking demonstrations.  Also in 2010, a unique partnership opportunity arose between The Gardens, Frameworks Timber and the Timber Framers Guild to build an Outdoor Classroom, providing much-needed covered outdoor space.

The stunning timber frame structure, constructed out of six varieties of repurposed solid wood with the majority being beetle-kill pine, now provides shade in the summer months and cover from the elements in the winter  and is home to a variety of Gardens programming.

Progress continued in 2010 as the boardwalk in the Wetlands was constructed thanks to the efforts of our community partner, Wildlands Restoration Volunteers.  Native wetland, riparian and upland plantings were completed in the first phase of the site in 2011

In 2010 and 2011, several other projects were underway, adding both new gardens and new structures to the site.  Most notably, grant funding and in-kind donations were secured to begin construction of the notable Rock Garden, north of the Visitor Center.  The berms were created, rocks placed and flagstone laid for the walkway and patio in 2010, with the garden opening in September 2011.

Later that year, The Gardens surpassed 50,000 annual visitors through its gates with 16,000 of them coming during the month of December for Garden of Lights.  This event positioned The Gardens as a destination during the holiday season, introducing many out of town guests and “first timers” to the beauty of The Gardens.

In 2013, The Gardens completed the Sustainable Backyard and Turf Demonstration site and broke ground on a two-year, $6 million expansion project in 2017.

The Gardens is now a botanical oasis in your own backyard.  We look forward to welcoming you!