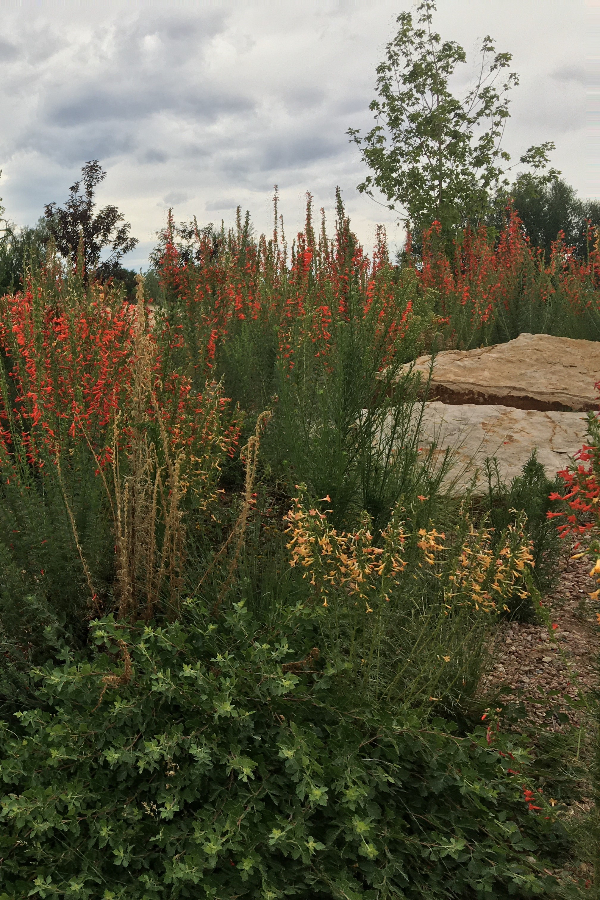 The Foothills Garden serves as a naturalistic, native plant garden that showcases the beauty, form and function of native trees, shrubs, grasses and perennials.  It showcases and promotes the use of regionally-appropriate, underused and novel native varieties, inspiring visitors to add these plants to their home gardens.  The garden’s topography and rockwork is designed to evoke our regional foothills with steep slopes and rock-capped hogbacks.

Our local foothills represent the intersection of the grass-dominated Great Plains to our east and the Rocky Mountains to our west.  True to its inspiration, our Foothills Garden includes dry slopes dominated by mountain mahogany, riparian areas including a native plum thicket, rock crevices, sagebrush steppe and west slope communities like dry mesas.