The City of Fort Collins and Colorado State University (CSU) are proud to announce that we are partnering with Bird for a 12-month e-scooter share pilot program. Bird, the founder of shared e-scooters, began offering its safety-focused, environmentally friendly service via the Bird app to Fort Collins and the CSU campus on October 23, 2019.

Bird, the City and CSU will lead an ongoing e-scooter safety education campaign to familiarize the community with the rules of the road and best practices for responsible use of Bird.

In spring 2020, the City and CSU agreed to extend Bird’s pilot period contract through Dec. 31, 2020, to allow more time to gather ridership data, analyze program successes and challenges, and allow for the arrival and launch of Bird’s latest e-scooter model: Bird Two.

Bird can be reached via email (PGFjbGFzcz0=">aGVsbG9AYmlyZC5jbw==) or phone (1-866-205-2442) for any questions or concerns about the program or service. Individuals can also report any poorly parked Birds or damaged Birds to the company through Community Mode, an in-app reporting feature available to anyone who has the Bird app downloaded.

To learn about additional exciting work the City is doing to promote electric vehicles and implement the Electric Vehicle Readiness Roadmap, visit fcgov.com/evrr. 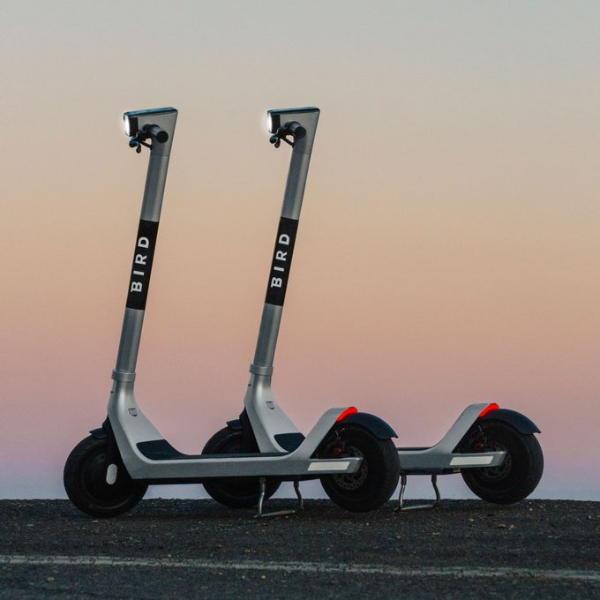 On Monday, August 24, 2020, Bird launched its best and latest model, Bird Two, in Fort Collins. After initially rolling out the Bird Two in San Francisco, Yonkers, and Bordeaux this year, Fort Collins is the next city to receive the new Bird Two e-scooters.

“The City of Fort Collins is excited to continue its partnership with Bird and to welcome the launch of the Bird Two e-scooter, an innovative new model that provides Bird users with an even safer, more enjoyable, and sleeker ride that allows users to maintain an appropriate social distance,” said Amanda Mansfield, City of Fort Collins and FC Moves.

“With each new generation of electric vehicles we bring to Fort Collins, fewer riders have a need to get in a car. Bird Two continues this trend with industry-leading performance, range, and safety features, allowing our riders to replace even more of their car trips with micromobility,” said Arthur Ortegon, Government Partnerships at Bird.

What are the operating hours for Bird e-scooters?

Bird e-scooter hours are as follows:

What are the rules of the road that Fort Collins Bird riders should know before they take their first ride?
What is Bird?
How do riders access Bird?
How much will it cost riders?
What is Bird’s maximum speed?
Where can students ride?
Does Bird have an equity plan?
Are e-scooters actually sustainable?
How can I contact Bird about poor e-scooter parking and operation?

Bird is made aware of an incorrectly parked e-scooter through the following mechanisms:


• The battery drops below a certain threshold and Bird staff are informed that it needs to be retrieved, re-charged, and re-balanced in the correct parking area.
• A community member reports the violation to Bird via app, phone, or email (instructions on the e-scooter) or emails staff liaison Amanda Mansfield (YW1hbnNmaWVsZEBmY2dvdi5jb20=) and she reports to Bird.

When either of the above occurs, a Bird staff member will be sent out to pick the e-scooters up and place them in a correct location. The contract dictates that the maximum amount of time it is supposed to take Bird to retrieve a scooter after a report is 2 hours. Additionally, Bird is contractually obligated to re-balance the majority of their e-scooters throughout the day and by 5 a.m. every morning.


Bird can be reached via email (aGVsbG9AYmlyZC5jbw==) or phone (1-866-205-2442) for any questions or concerns about the program or service. Individuals can also report any poorly parked Birds or damaged Birds to the company through Community Mode, an in-app reporting feature available to anyone who has the Bird app downloaded.