Fort Collins Amelia Caruso returns to Pianos About Town with a mural of Ranch-Way Grain Mill, the oldest continuously running business in Fort Collins, Colorado.  The Mill is located on the Banks of the Poudre River in Downtown Fort Collins, CO.  Milling has taken place at this site since 1868, making it Fort Collins’  oldest industry.  In 1948, the mill was converted into a feed plant.

Originally, the Lindell Mill processed local wheat into flour, which was sold under several names including, Defiance, Jack Frost, Snow Trader, Snowflake and Pride of Colorado.  Water from the Poudre River was diverted to the mill for energy and power.  In 1885, the Colorado Milling and Elevator Company acquired the mill and began operating as the Fort Collins Flour Mills.  By 1919, electric motors replaced waterpower as flour production continued into the 1940s.

When Caruso first moved to Fort Collins, she painted various historic buildings in Old Town and the Feed Mill was always a fun subject for her.  She  describes this mural project as not only going back to her roots but to Fort Collins roots as well. 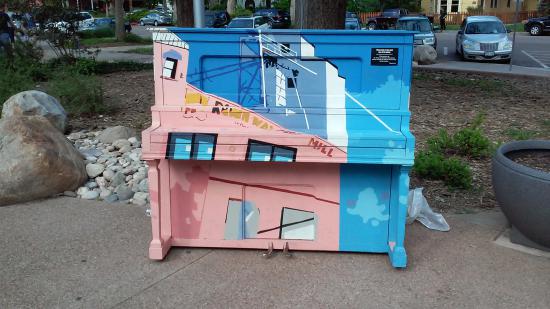 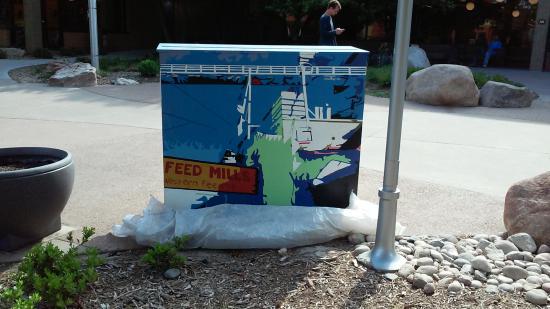 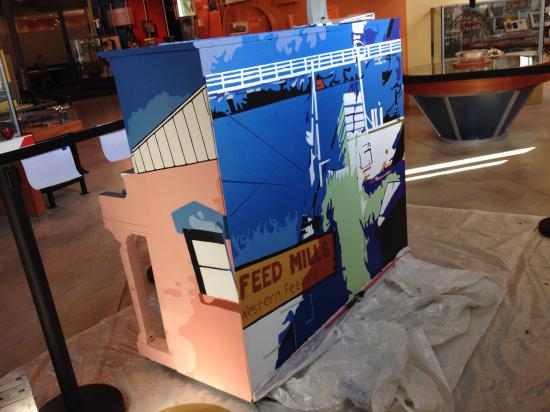 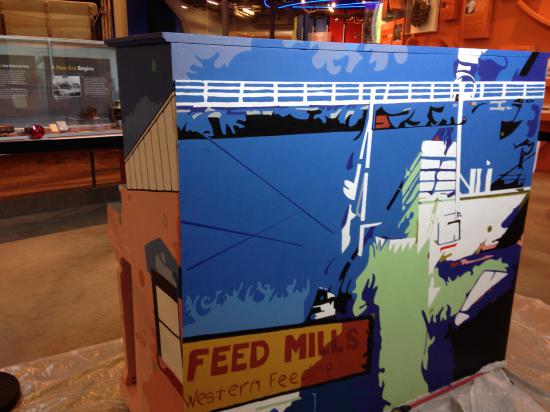 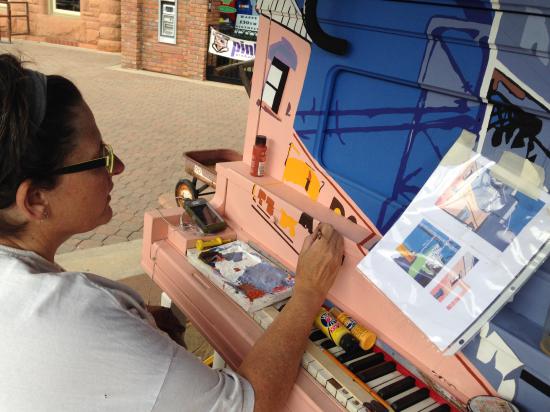 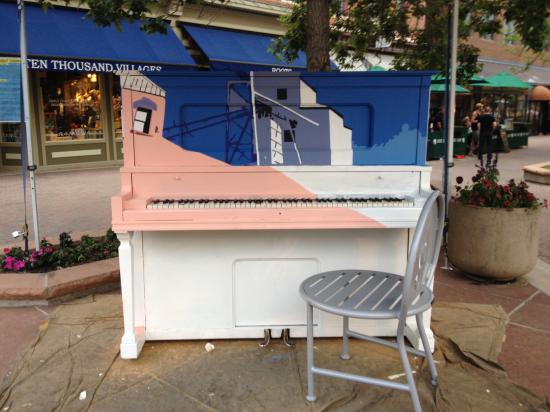