In 2018, storm drainage improvements were installed in Cowan and Myrtle streets near Mulberry Street and Riverside Avenue. Construction of an outfall structure near the Poudre River and Springer Natural Area was included.

The purpose of the drainage improvement project was to provide a new storm sewer and inlets to address localized drainage problems and reduce the effects of flood potential in the area during major storms. It was funded by the City of Fort Collins, State of Colorado and the Federal Emergency Management Agency (FEMA) as part of the federal Hazard Mitigation Grant Program.

Waterline replacement work along Cowan and Myrtle streets took place earlier in the year. City crews installed 1,000 linear feet of new 8-inch PVC waterline to replace existing 4-inch cast iron waterline. Construction began in January and continued through spring 2018. The waterline was installed with open trenches and crews worked with residents to provide access. Residents were notified in advance of any planned short-term water outages that may have occurred during construction. 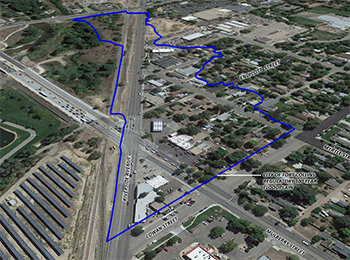 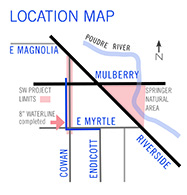