Closures on Walnut Street are scheduled next week as work on the current phase of the Linden Street Renovation Project wraps up.

Also on Monday, Walnut Street will undergo a full closure from Linden Street east to the alley behind The Elizabeth Hotel. This closure will allow for final concrete work, pavement repairs, and landscaping work in the area.

Both closures will end Thursday, May 27, weather permitting.

Businesses on Linden Street, Walnut Street, and Old Firehouse Alley are open and will continue to have access at all times.

Patrons can also access businesses in the area by parking in the Firehouse Alley Parking Structure, a short walk from Linden and Walnut Streets. 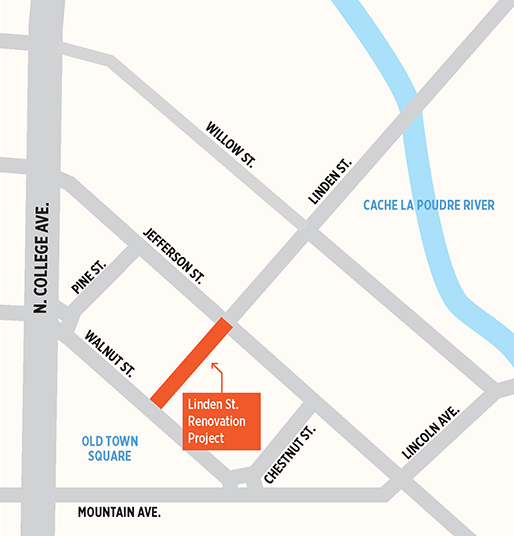 This project will renovate the section of Linden Street between Jefferson Street and Walnut Street. The Conceptual Design Phase, completed in 2014, recommends transforming this section of Linden into a “convertible street,” which is a roadway that can be closed to vehicular and bicycle traffic and transformed into a pedestrian gathering space during specialty events.

To accomplish this, the City is planning significant urban design and landscaping improvements, gateway elements, roadway/pedestrian improvements, and utility improvements. The overall project budget is $3.5 million, with the design performed in 2019.

Construction was originally planned for 2020, but had been postponed to 2021 due to the coronavirus outbreak.

In January 2021, the City announced that the bulk of the project will be postponed due to ongoing economic recovery efforts. The City will still construct some of the improvements at the intersections of Jefferson and Walnut streets in 2021 and will build out the rest of the project at a later date.

As part of the Linden Street project, the City restriped parking on Pine Street and made lane adjustments and improvements to Jefferson Street. Both projects were completed in 2020.

On Pine Street, restriping resulted in an increase in parking spaces.

Jefferson Street was reduced to one eastbound lane from College to Linden and new parallel parking spaces were added. More information about the Jefferson Street project is available at fcgov.com/engineering/jeffersonimprovements2020.

By the end of the project, Linden Street will be transformed into a “convertible street” and will be much more pedestrian friendly and aesthetically pleasing.

Parking spaces on Linden will be changed to parallel spaces instead of the diagonal parking spaces that currently exist. While some loss of parking will occur on Linden Street, additional new parking spaces will be created on Jefferson and Pine streets as part of this project.

Restriping of parking on Pine Street was completed in March 2020, and improvements to Jefferson Street were completed in the second half of 2020. Both projects are related to the Linden Street efforts.

Construction at the intersections of Linden Street and Walnut and Jefferson streets will begin in early February 2021. A timeline for completing the rest of the project will be announced when it is available.

What can I expect?#

Work in early 2021 will focus on improvements to Linden's intersections with Jefferson and Walnut streets, specifically:

Pedestrian and business access to Linden will be maintained at all times. However, vehicle traffic will be restricted from Walnut to Linden for portions of the project. Outdoor dining areas on Linden will not be affected.

The project budget is $3.5 million, and will come from the voter-approved Building on Basics program.

Click the link for the current project flyer for this project. 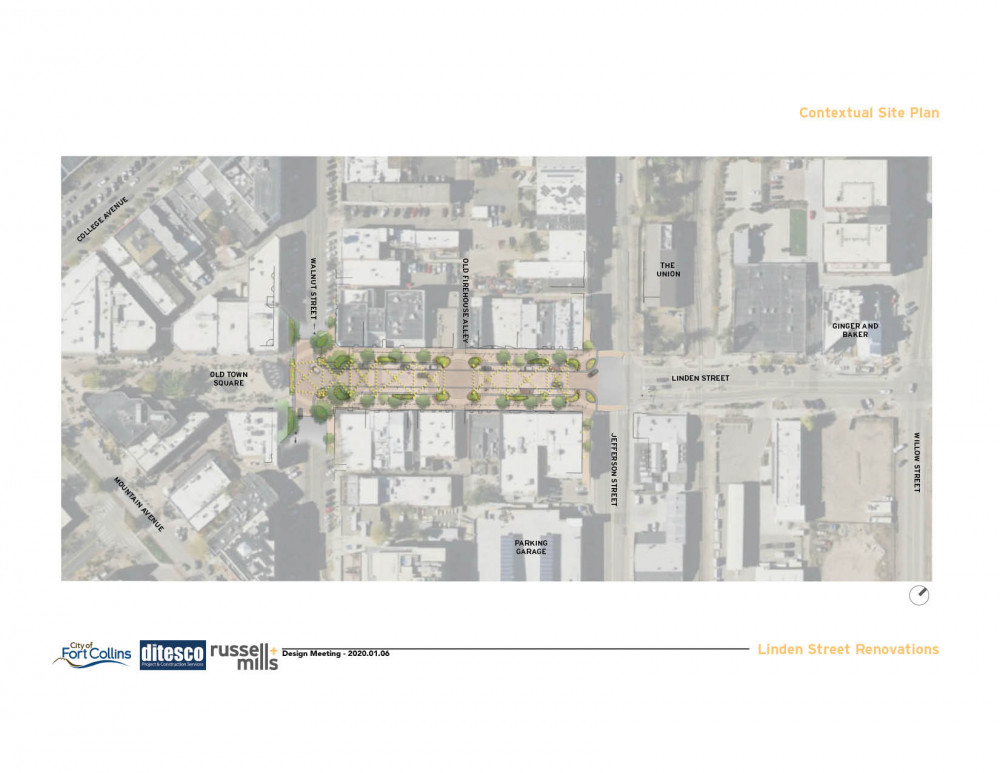 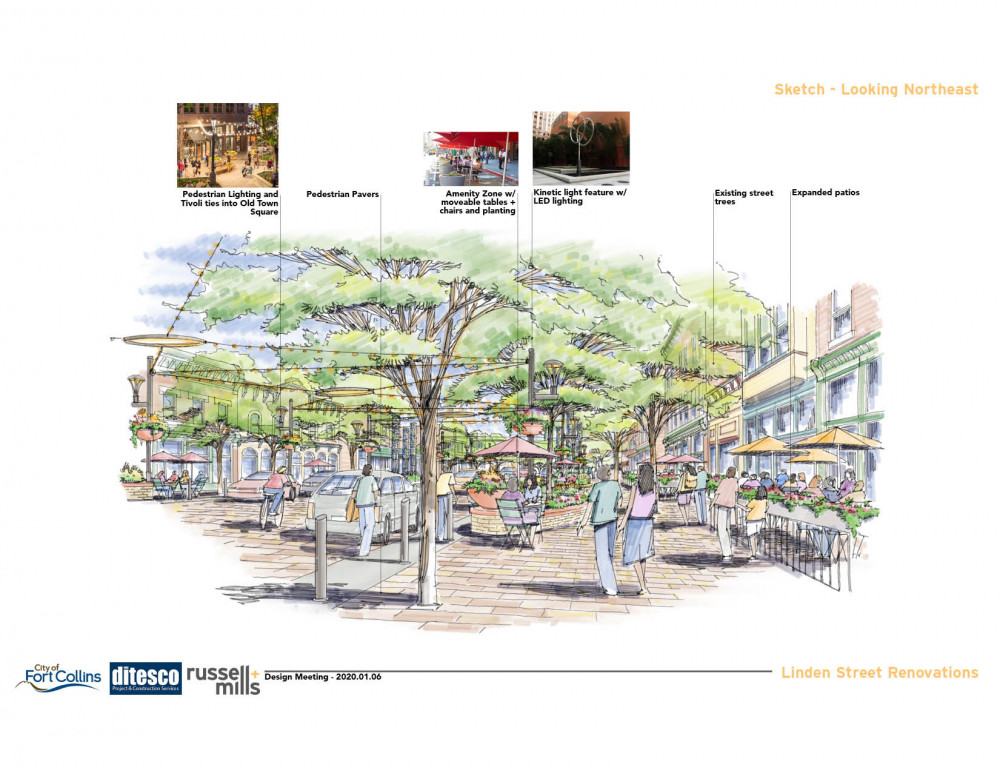 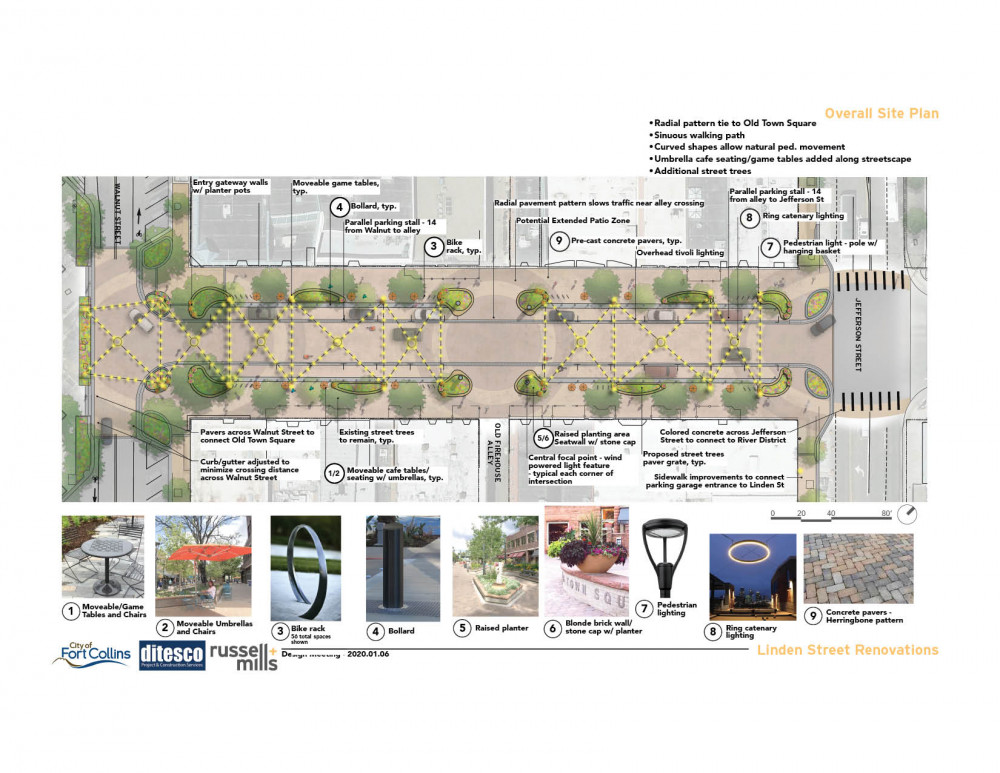 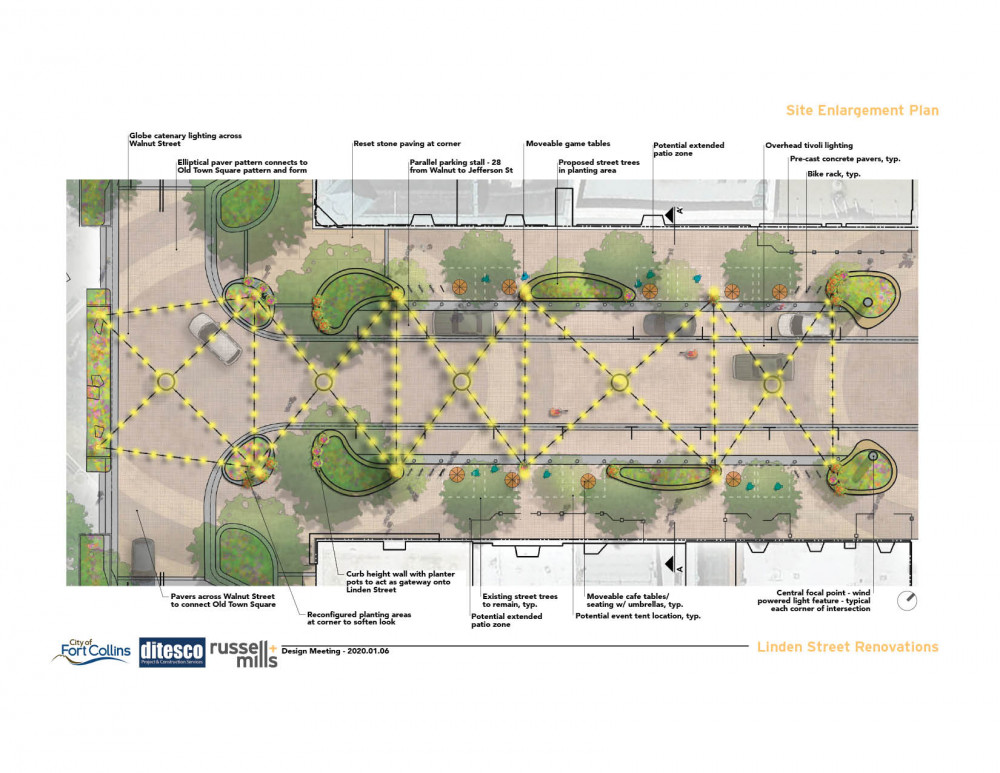